Emily Ratajkowski and Pete Davidson confirm rumors of their romance

The couple showed up together to a basketball game, sitting side by side in the front row of Madison Square Garden Stadium. Ratajkowski and Davidson posed for photos, laughed and drank beer in the company of Ben Stiller and Jordin Sparks. The model wore tight blue jeans, a brown down jacket and snake-print high boots, while Kim Kardashian's ex-boyfriend arrived at the stadium in a blue tracksuit and white sneakers. 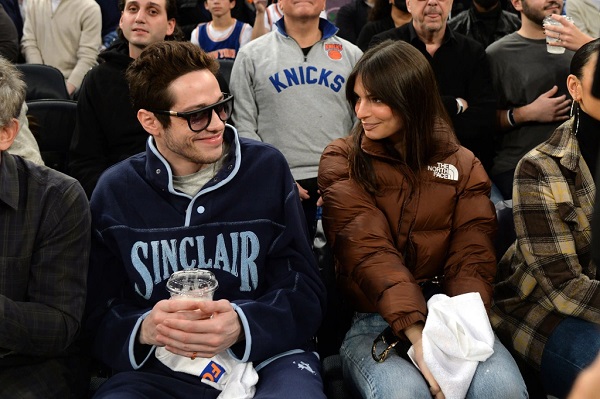 Photos of Ratajkowski and Davidson were posted on the basketball team's official account.

Rumors of a possible romance between Pete Davidson and Emily Ratajkowski surfaced in the media a couple of months ago. According to insiders, the model met the actor through mutual friends.