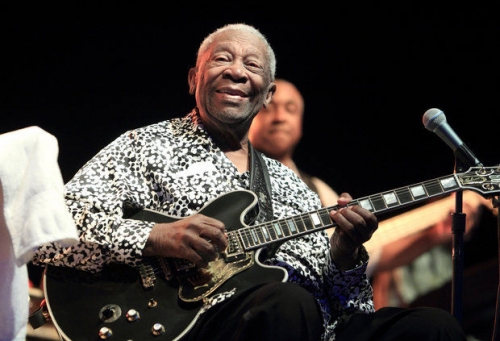 King sold millions of records worldwide and was inducted into the Blues Foundation Hall of Fame and the Rock and Roll Hall of Fame.

King played a Gibson guitar that he affectionately called Lucille and was not only the undisputed king of the blues but a mentor to scores of guitarists including Eric Clapton.

He was awarded his 15th Grammy in 2009 in the traditional blues album category for "One Kind Favor."