“Do not give in to anger and frustration and maintain your positive stance”. Serj Tankian to the protestors in Armenia 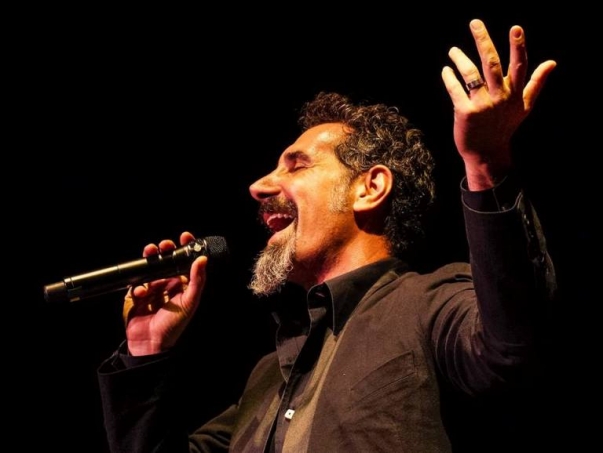 Famous musician and world known Armenian Serj Tankian keeps on supporting the protestors in Armenia. Through his Facebook page Tankian has talked about yesterday’s movement in Yerevan and shared his message with the people gathered in the Republic Square.

“The Republican Party of Armenia who has ruled the country for the last 20 years went back on its word today to not serve as an impediment to the election of Nigol Pashinyan, the people’s choice, for PM. They’re trying to buy time and cut deals so that some of their leaders who have robbed the country for years can get immunity for their actions. The people won’t have it. Resistance to the people’s movement is futile.
Below is my message to the crowds today in Republic Square:

I am very sad that until now I have not been able to join you in person due to a terrible virus but have been following you diligently and commenting when I feel it can make a difference. I promise to be there soon

After years of injustice you have won this battle. The present and future of our country has been secured by your peaceful, thoughtful activism.

Do not give up hope in that future because no matter what when you’re at the polls be it 30, 60 or 100 days from now or if you boycott the elections-you will make that change palpable. With Nigol as PM those reforms can start sooner than later but be confident that even if that is not the case you will prevail in these changes.

Do not give in to anger and frustration and maintain your positive stance. Victors don’t lose their cool.

Dear brothers and sisters. Believe me when I tell you justice will prevail as it always does and it rarely happens in the halls of Parliament.

You are today adored by the whole world for your incredible victory of civil disobedience. Let’s continue that path now.