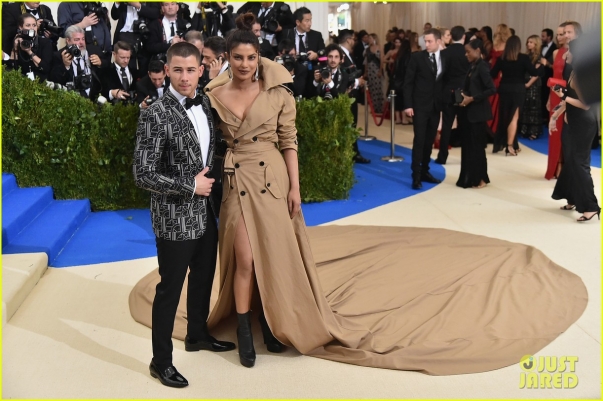 After two months of dating the 25-year-old singer popped the question to Priyanka while celebrating her 36th birthday last week in London, according to People. Nick reportedly shut down the Tiffany & Co. store in New York City to buy an engagement ring.

“They are so happy,” a source told the mag. “His friends and family have never seen him like this, and they’re all really excited for him. He’s definitely very serious about her.”

Press outlets in India started buzzing about an engagement on Thursday night (July 26) after the director of the upcoming movie Bharat announced in a cryptic tweet that Priyanka left the project.

Nick and Priyanka went home to meet each other’s families over the past couple months during their whirlwind romance.