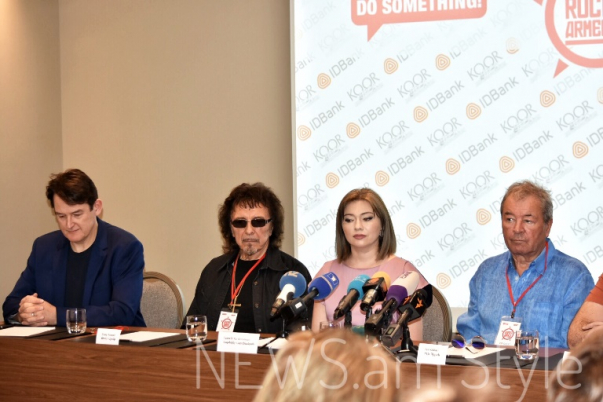 Ten years ago Mediamax company also joined the project with their gratitude to rock musicians - a program which helped to support the rebuilding of Gyumri’s musical school number six.

The legendary rock musicians today met with the press and answered some questions.

“It’s hard to believe that it’s already 30 years, since we started The Smoke On The Water project. I really want to thank Ian and Tony for 30 years and continuing support that they put and for coming to Armenia and seeing first hand what is to be done. And I want to acknowledge the hard work that Tony and Ian had put for the school in Gyumri,” said the founder of the project, Jon Dee.

This is Ian Gillan’s 4th visit to Armenia. Today he remembered how he was astonished by what he saw here long years ago.

“Well, here we are again! This project is something very personal for me. If I’m not mistaken that was in 1990 when I had a concert in Yerevan and became aware of the tragedy events that had taken place here. I took a trip to Spitak and what I saw there was astonishing. There I met vivid images, the main what I remember was a lady with a picture of her family, and she was the only one to be alive. I spoke with a man in Spitak, he told me that there was no music there: no music on the radio, no music in Church, and even the birds had stopped singing. So, we thought that it was the time to rebuild the music and this was the way we started. What can we do while facing the power of nature…? The one thing we can do is to repair- not only fiscally, but also spiritually,” he added. 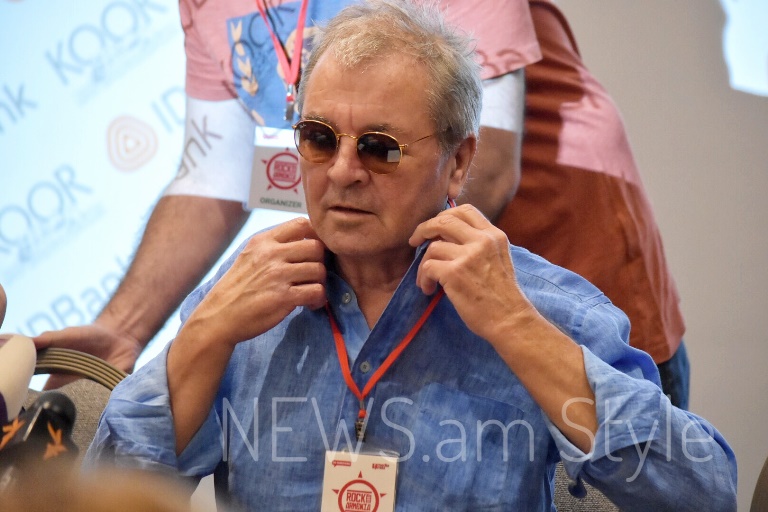 “Ian said most of the things that I would say. I mean he’s been involved more than me. I’m really looking forward to seeing that school. It was really an honor to put these efforts for Armenia and we’ll continue with it as long as we can,” Tony Iommi noted.

The rock musicians also spoke about their current news. So, Tony Iommi confessed, now he seeks more for something calm, that has nothing to do with the numerous tours they used to have years ago, while Ian Gillan is still interested in being on roads and sharing the music everywhere.

As for the inspiration they get from Armenia, it’s the culture, which according to musicians is very cohesive. Gillan is astonished by the unity of Armenians all over the world.

Speaking about his music influences, Gillan thinks-creative people can be inspired by everything. According to the musician, we just have to remember that music is not a portal to promote something, it’s just a way to share your own thoughts. 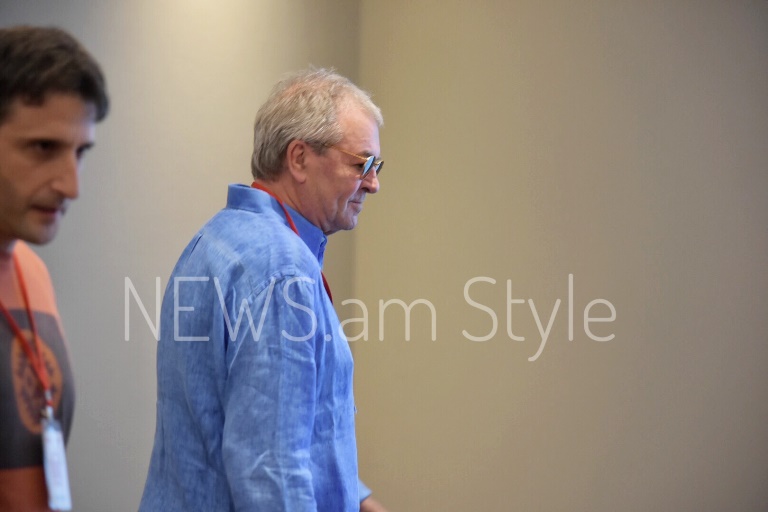 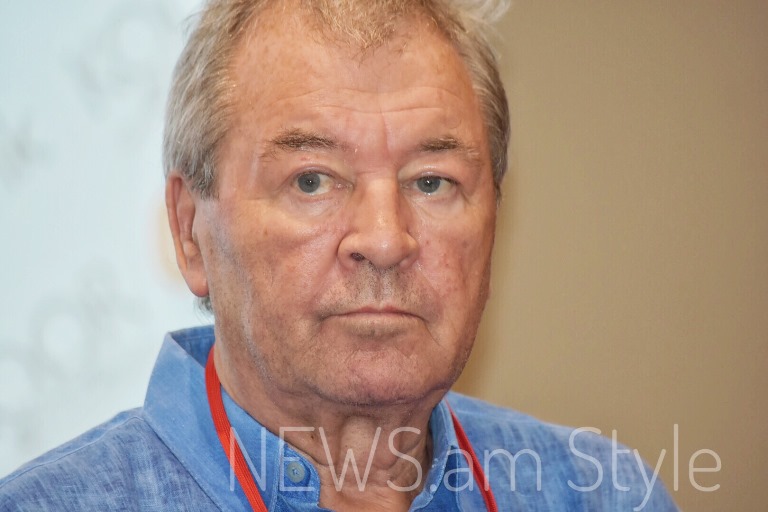