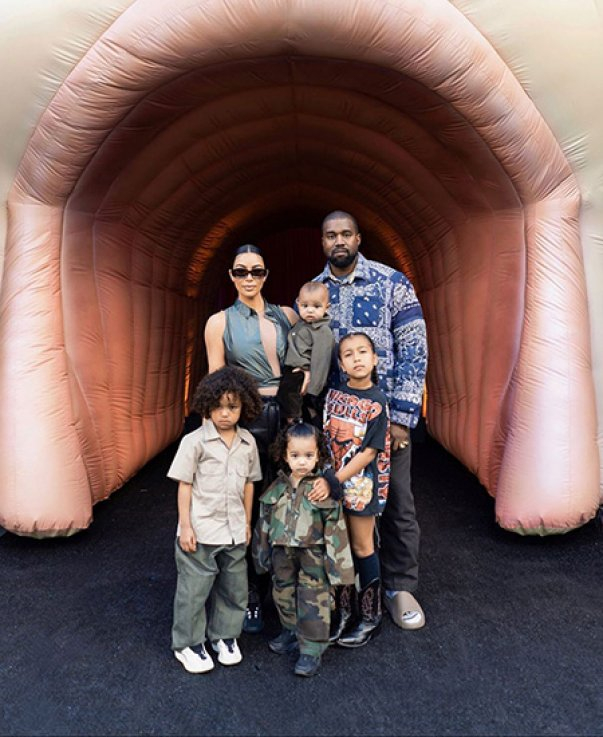 All tabloids and presses have been talking about the divorce of Kim Kardashian and Kanye West for a few days now, but 7-year-old North, 5-year-old Saint, 3-year-old Chicago and one-and-a-half-year old Psalm still don’t know about their parents’ personal issues.

“Their children don’t know anything about the parents’ marriage problems. They’re used to the fact that their parents live in different states,” an insider said.

Last year, West would spend a lot of time at the family’s rancho in Wyoming where Kardashian and the children would often go to visit him. They say Kim asked Kanye to go to the rancho for Christmas, and they spent the holidays separately. Moreover, the insider states that Kanye wanted the whole family to go to Wyoming, but Kim was sharply against it. The TV star wants her children to grow up and go to school in California.

The couple’s official divorce is just a matter of time. Their close ones say Kim wants to become convinced that her husband is in a normal psychological situation (last year, Kim informed that West was diagnosed with bipolar disorder). Besides that, Kim is also very worried about how their children will take the divorce.

“Kim is very worried about how her and Kanye’s possible divorce and permanently separate lives will impact the children. She is asking others for advice to know how she can deal with the issue in a better way,” the source concluded.