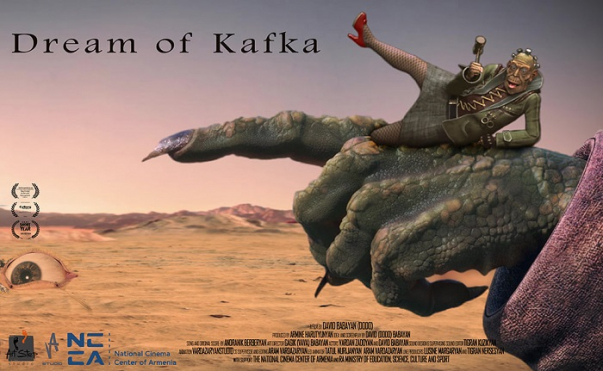 The animated short film, entitled "Dream of Kafka," has been selected into the official competition of the prestigious Annecy International Animation Film Festival, informed the National Cinema Center of Armenia.

The screenwriter and director of this animated film is Davit Babayan, the producer is Armine Harutyunyan, the artist of the film is Gagik Babayan, the composer is Andranik Berberyan, and the audio engineer is Tigran Kuzikyan.