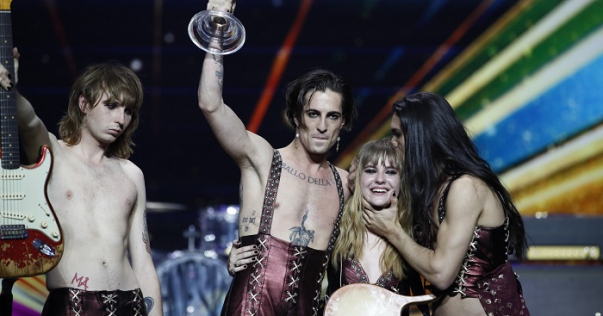 The group has firmly denied drug allegations, and the singer in question will undergo a voluntary drug test upon arriving home, the report said.

According to the organizers of the competition, the group members asked for a drug test immediately after rumors appeared, but it was impossible to conduct it at such a late time.

The European Broadcasting Union commented on the explanation of the musicians that David was simply removing the fragments of the broken glass.

The union can confirm that the broken glass was found after an on-site inspection, the organizers said.

The lead singer Måneskin was suspected of using drugs during the show. During the announcement of the ratings, Damiano David leaned towards the table so that many viewers thought he was using cocaine. During a press conference, the musician explained that another member of the band broke a glass while he was picking up the pieces. The soloist also noted that he does not use drugs.