Did you know? The Expendables 2: 11 interesting facts about movie 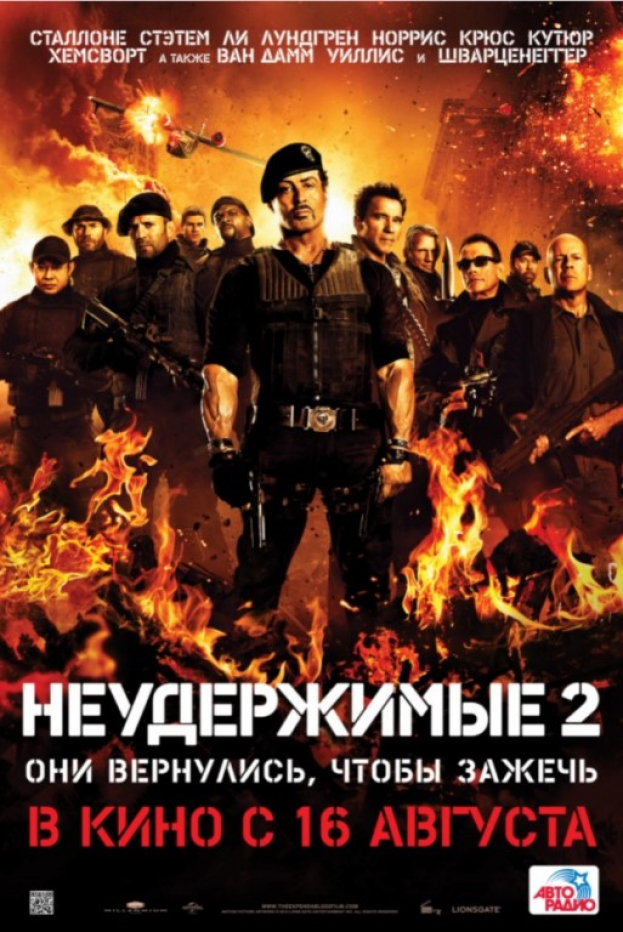 1.Taylor Lautner was considered for the role of Billy Timmons, which eventually went to Liam Hemsworth.

2.It was planned that Jackie Chan should have appeared in the film, but he refused to participate as he was busy due to his directorial project " Chinese Zodiac ". 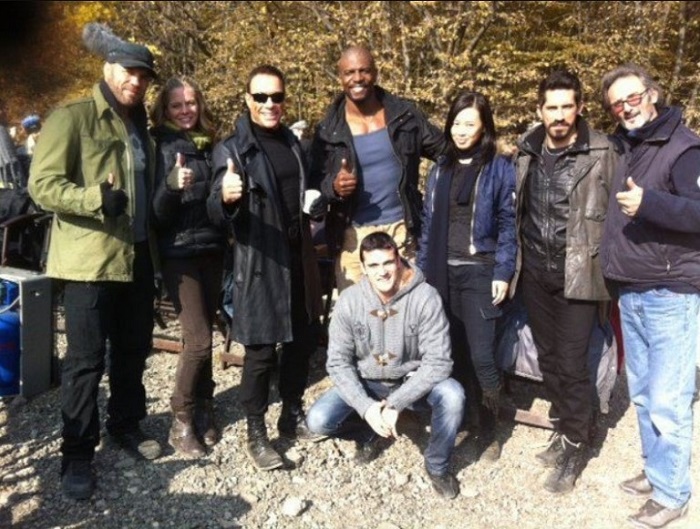 3.All the scenes with Arnold Schwarzenegger were filmed in five days, a week before the start of filming of the film "The Last Stand".

4.Sylvester Stallone wrote the script and played a role in this film, in the previous one he was an actor, co-writer of the script, producer and director.

6.Stallone canceled his promotional tour in support of the film, after his son died on July 13, 2012.

7.Gina Carano was considered for the role of Maggie.

8.Tennis player Novak Djokovic starred for free in a cameo role in the scene of a shootout at the airport. However, the scene with his participation, in which he attacks the terrorists with his racket, was cut out.

9.Jean-Claude Van Damme plays a villain named Vilain. This name in English (Vilain) is only one letter different from the word "villain" (villain). 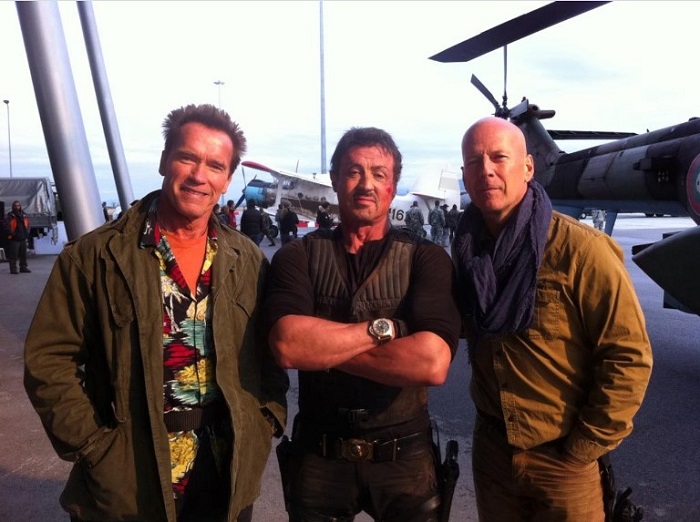 10.In November 2010, Charlie Sheen was considered for the role of a CIA agent hunting for Church. But in the end, the role was cut from the script.

11.Sylvester Stallone asked Chuck Norris to mention some of the facts about Chuck Norris (a popular Internet meme) in the script. Norris ' wife, Gina, offered him a fact about a cobra. ("Chuck Norris was bitten by a cobra, and after five days of excruciating pain... the cobra died").