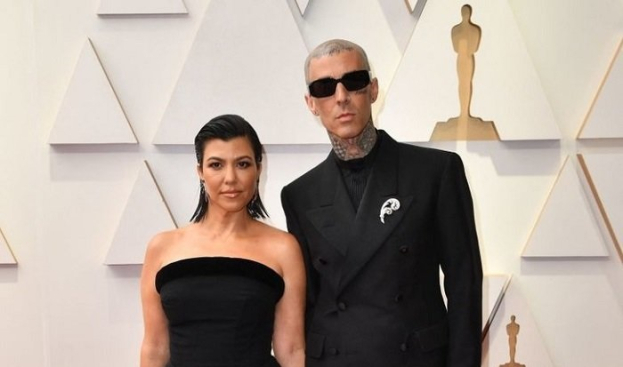 Kourtney Kardashian's fiancé Travis Barker has touched her mother Kris Jenner in a manly way before the engagement.

The famous drummer decided to propose according to tradition.

During Thursday's episode of the Hulu series The Kardashians, fans got to see more of the moment when Travis, 46, telephoned Kris Jenner asking for permission to marry her 43-year-old daughter.

While recounting the emotional phone call with daughter Kim Kardashian ahead of her Saturday Night Live debut, Kris revealed that Travis had gone out of his way to also ask Kourtney and Kim's late father, Robert Kardashian Sr., for his blessing.

"He asked for her hand in marriage, and I was like, literally, I want to cry now," Kris, 66, said while getting her makeup done in Kim's dressing room. "It was so sweet and so tender. And then he said he went to your dad's grave and asked your dad [for permission], and I just lost it."

Such touching details made Kim cry, too. But then mother and daughter joked about the fact that 43-year-old Kourtney, a mother of three, is getting married for the first time. It will be her first official marriage.