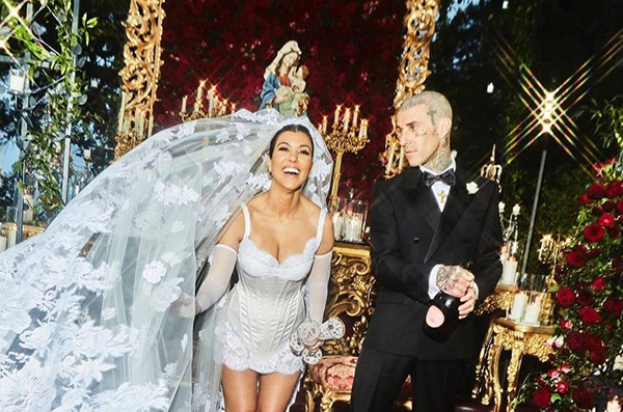 The celebration was organized in the Villa Olivette, owned by the founders of the brand, despite the fact that one of the two designers of the brand - Stefano Gabbana - publicly criticized the family in social networks. The relevant information is published by News Week.

The barter event took place in Portofino, Italy, and involved spending on hotel, villa rentals, yachts, catering, flights and other guest expenses, which were fully sponsored by the Italian company. In addition, the outfits for the newlyweds and everyone in attendance were also prepared by the big name brand. Among other things, Kardashian and her groom-drummer stayed on the yacht Regina d'Italia, owned by Stefano Gabbana himself.

The publication notes that in 2018, Stefano Gabbana openly expressed his opinion about the Jenner sisters, Kim Kardashian and their mother Kris under a joint photo of relatives published on their fan page kkwcloset. The man then called the women "most cheap people in the world."

Since 2015, the brand has been subjected to a series of scandals, which resulted in the fashion house being accused of racism and homophobia.