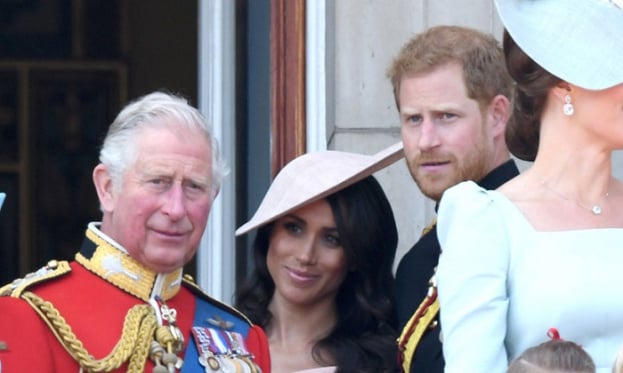 The main star of Elizabeth II's platinum jubilee was, naturally, Prince Louis and no one will challenge that title.

However, Prince Harry and Meghan Markle, who appeared at just one event, received a huge amount of attention. For several weeks, British journalists have been discussing their first appearance in London in a long time.

So, it turned out that Harry and Meghan were quite offended by Prince Charles' behavior. On 3 June, during a service in St. Paul's Cathedral, he was very touching with Kate Middleton and Prince William, but he never once went up to his youngest son to exchange at least a few words with him.

The insider notes that this unexpected gesture from Charles made Meghan and Harry feel insulted. According to a very good source, "this is one of the things that Harry and Meghan feel very humiliated now.”

However, according to him, Prince Charles could not have behaved differently in that situation. The fact is that he quite logically exchanged greetings only with the older members of the British royal family. And Meghan and Harry voluntarily gave up these duties and even sat far away from the main actors of the British monarchy.