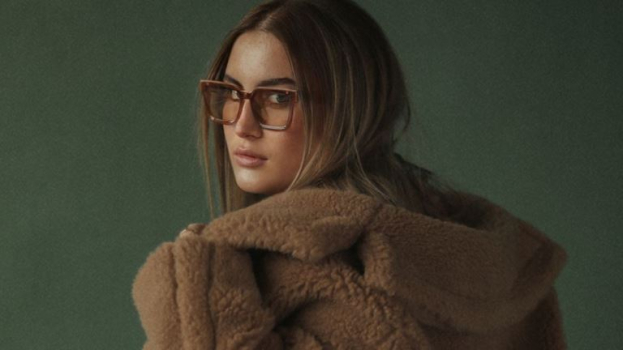 This year's Armenian Eurovision entry has charted in the UK at 26 - more than two months after the song contest, BBC News reported.

Rosa Linn's Snap has been used on more than 360,000 TikTok clips, with some having millions of likes.

It's not those numbers that count towards the chart, though - but users are going on to streaming platforms - which do contribute to the figures.

"Everything is going crazy and it's a dream come true," the 22-year-old told BBC News.

It's the second-highest charting song from this year's competition, behind the United Kingdom's Sam Ryder, who got to number two back in May.

"You never know what will go viral on TikTok," Rosa Linn said. "I saw a video of a guy who proposed to his girlfriend and it was amazing.

"It's one of the most important things in their lives with my song and it touches my heart very, very strongly."

That engagement was between 26-year-old Ruairi McGivern and 24-year-old Annalivia Hynds from Armagh, which has now had nearly 17m views.

"We were going out for food and he couldn't get the ring out without me noticing," Hynds told the BBC.

"I was just scrolling on TikTok and that song had come up on someone else's video and he said 'make one with that song' so I did.

"The song was completely chosen at random."

Hynds didn't watch this year's Eurovision but said: "It's such a good song and we're going to have it our wedding now."

"We have had so many messages and comments and it's gone viral in different countries where I can't read the comments in the languages".

Different versions of the song have increased its global popularity.

"Once we hit the one million streams a day I was like 'Oh My God'," Linn said. "I'm checking my numbers on Spotify every day and I see them grow and I just can't believe it.

"I'm from Vanadzor, in Armenia, which you probably don't know where it is in the world, and I'm so, so happy. As a child I'd dream about this."

The song is charting in Latin America and the US, as well as in countries in Africa.

"There was a chance it would chart in Europe but to cross over there is great," Linn says.

At the grand final in Turin, in May, Snap finished in 20th position out of 25 - receiving no points from the UK in either the public or jury votes.

"That was my first time on a big stage but it felt so right. It felt like home," Linn explained.

The United Kingdom will host Eurovision - the world's largest live music event - in 2023, as organizers ruled that Ukraine could not - despite Kalush Orchestra's win - because of the war with Russia.

Rosa Linn said she would "love to" represent Armenia next year.

"I really loved everything at Eurovision. I loved it before as a fan, but when you experience it, it's magical."