The 16th Yerevan International Shakespeare Theater Festival will be held from October 17 to 22 under the patronage of the "MENQ" charitable non-governmental organization with the support of the Ministry of Education and Culture of the Republic of Armenia. Culture is a strong support for Armenia, especially now, cultural figures should become a pillar for the motherland with their work.

This year, the festival will host more than 250 participants and guests from 10 countries, including prestigious artists, international festival directors from Italy, Hungary, Romania, Kazakhstan, Iran, Bulgaria, Russia, Georgia and France.

More than 19 performances with the participation of 18 theater groups will be shown on 11 Yerevan theater stages. 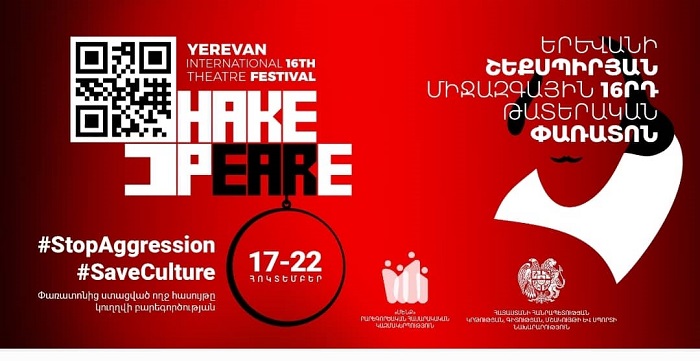 The headliners of the 16th Yerevan International Shakespeare Theater Festival will be "Winter Tale" of  Saint Petersburg Theater of Young Audience (Russia) and "Romeo and Juliet" of IM Perfect Theater Group (Italy).

This year, during the Shakespeare festival, public-charitable and cultural values are united. Tickets will be on sale and all the proceeds from the festival will go to charity.

A performance will also be shown by the Novorossiysk Drama Theater (Russia), "King Lear" on the stage of the Achemyan Drama Theater in Gyumri. A special program entitled "FestOFF" will be held within the framework of the festival, which is intended for students and independent theater groups.

The opening of the festival will take place  on October 17 at 19:00, with the performance of "Romeo and Juliet" in National Academic Theater of Opera and Ballet after A. Spendaryan (directed by ballet master, national artist of the USSR Oleg Vinogradov). 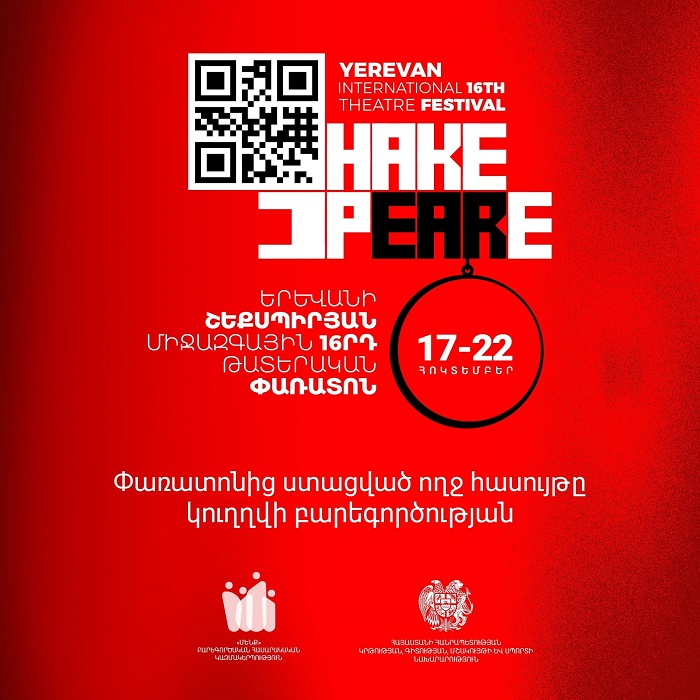 There will also master classes during the festival. The Yerevan Shakespeare Festival has obtained an exclusive agreement. On the days of the festival, famous theater director, teacher, laureate of several theater awards, Yuri Butusov (Russia) will conduct master classes. This is an unprecedented opportunity to interact with a famous director.

Please be noted that the news of the festival can be found on our newly created website https://www.tobe.am/.