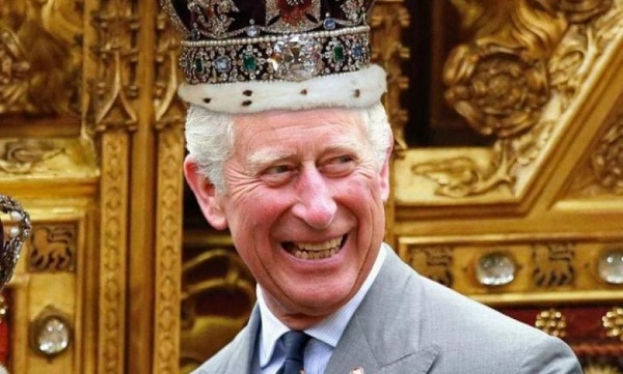 The royal family poses in front of a portrait of King George III, the longest-serving male monarch in British history on the throne.

Earlier in Great Britain presented coins with the image of Charles III.