Kev Orkian about execution of Armenian POWs by Azerbaijanis and silence of world: This is like horror movie 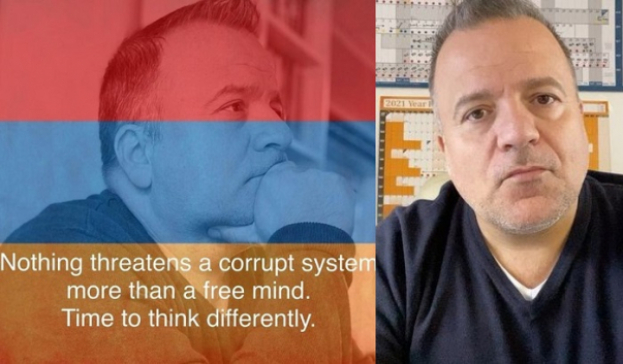 At the same time, when the world is still silent a massacre happens every day, and no government takes appropriate action against the government and soldiers of Azerbaijan, and Aliyev allows these barbarians to continue killing Armenian heroes, he said.

Just yesterday they shared a video taken on a smartphone that shows POWs being genocided. Is it really in the 21st century? It's like a horror movie because we see our favorite characters commit genocide and we film it for entertainment purposes. And yet no state has taken any action. they all say. Live you! The showman said he thinks Google was sold to Azerbaijan because it represents old Armenian cities with names of Azerbaijani cities. Are you really saying it's Azerbaijani, it's an Azerbaijani city? These are Armenian cities, you can't erase the history. You know what? Enough: you are all scoundrels, Orkian said in the video.

Earlier, the showman, who does not keep quiet about the events taking place on the borders of Armenia, urged the world not to keep quiet.

In the Stories section of his microblog, the showman posted a new photo in which he expressed his love for Armenia. He wrote no matter how far away he is Armenia is always in his heart.