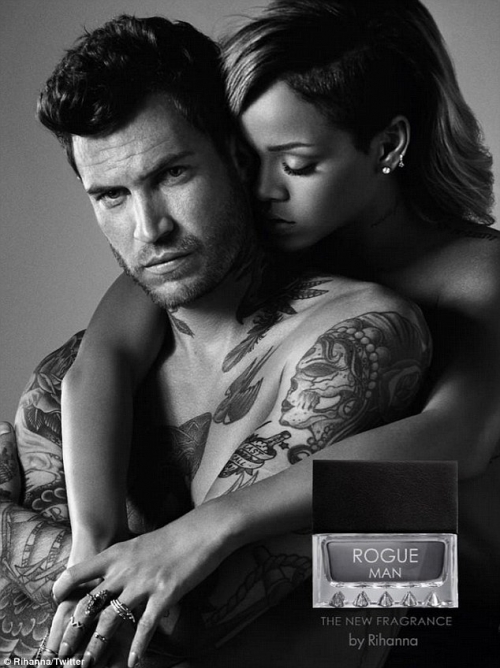 In one of the black and white shots, the 26-year-old singer is seen with her face pressed sensually into the tattooed man's neck as she wraps her arms around him from behind. 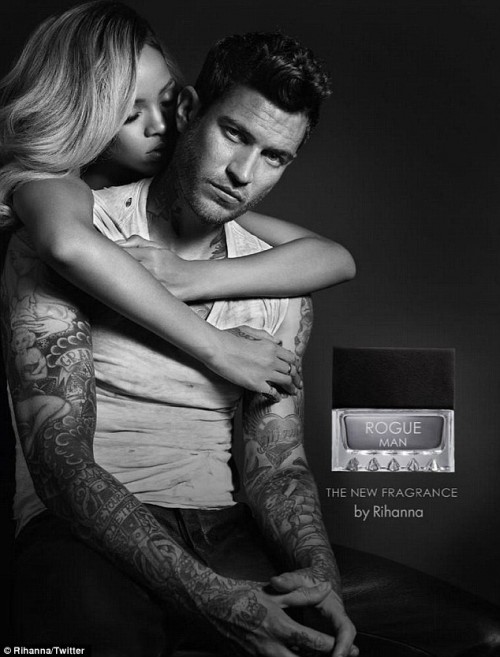 The star herself also appears to be topless, with only rings on her fingers and diamond studs in her ears giving her any semblance of an outfit.

She wrote: 'FINALLY!!! #ROGUE for MEN is here September!!! I've waited years for this moment!!'

As a follower complimented the looks of her male co-star in the steamy shots, the singer wrote back: 'AND HE SMELLS SO GOOD!!'