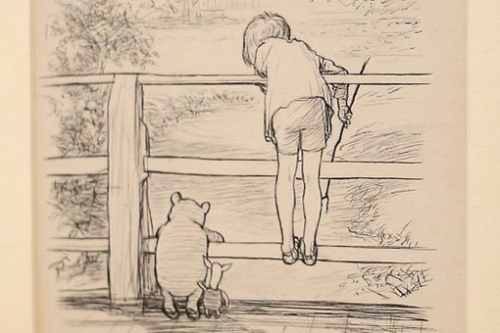 The famed drawing, entitled For a long time they looked at the river beneath them… is set in chapter six of the second Milne book, which was called ‘In which Pooh invents a new game and Eeyore joins in».

It was one of several Shepard illustrations up for auction.