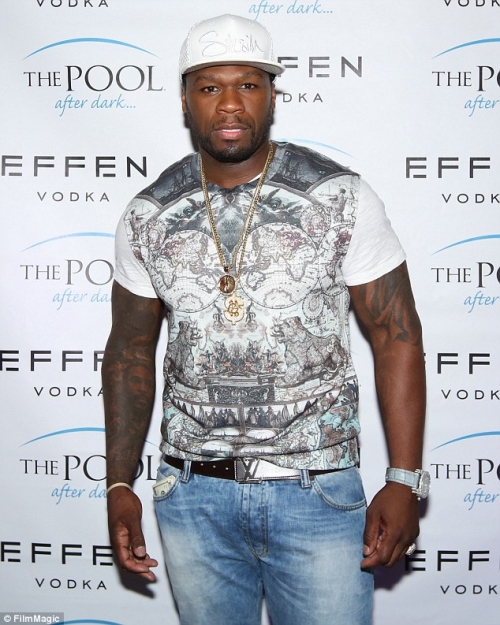 Rapper 50 Cent filed for Chapter 11 bankruptcy protection on Monday but less than a week ago he was flashing the cash in Atlantic City as he spent a club night for his birthday at The Pool After Dark at Harrah's Resort last Wednesday where he made sure that the reported $5k in $100 bills he had in his pocket was clearly on display. 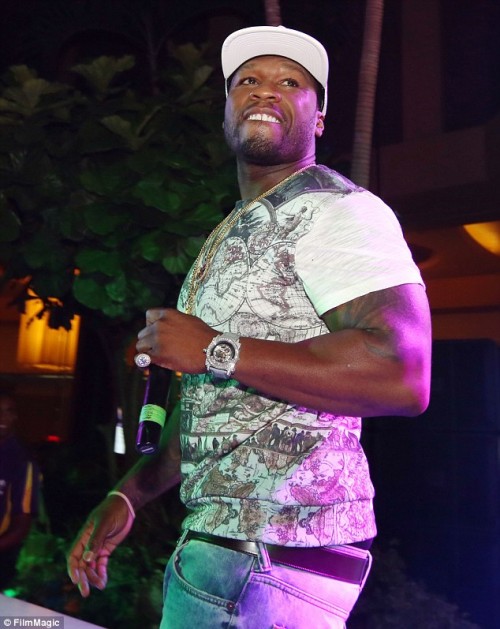 The 40-year-old rapper, actor and businessman was casual in jeans, a baseball cap and a printed T-shirt with a huge gold dollar sign on a chain around his neck but it was the large wad of cash in his front pocket which commanded attention. 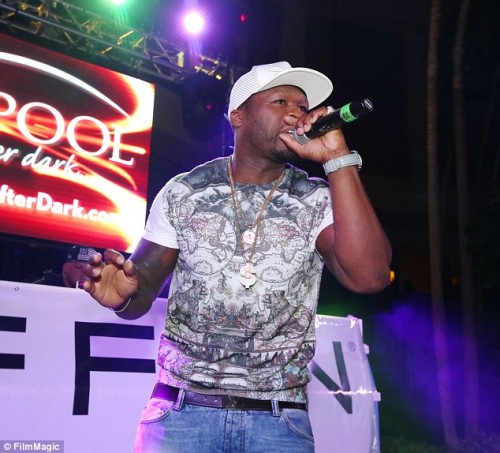 Jackson reported assets and debts each ranging from $10 million to $50 million but he does not seem too troubled by his financial predicament. 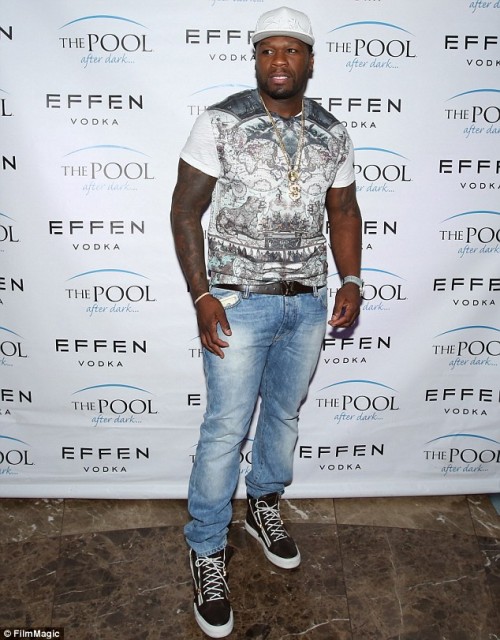 'I gotta decent legal team,' he added. 'You don't have to worry. You know when you're successful and stuff, you become a target. I don't wanna be a bullseye.' 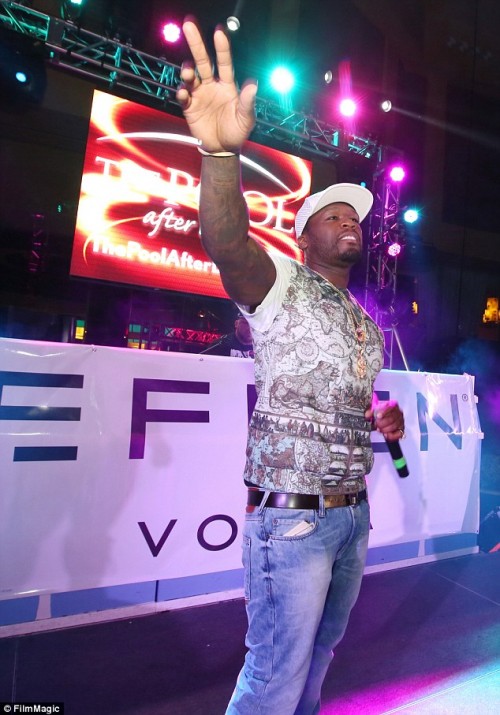 The filing comes just three days after a jury ordered the rapper-actor to pay $5 million to Lastonia Leviston in an invasion-of-privacy lawsuit after she claimed he acquired and intentionally leaked a sex tape in which she was featured.

Leviston has a daughter with Rick Ross, who is Jackson's rap rival. Jackson reportedly released the sex tape in 2009 to embarrass Ross.