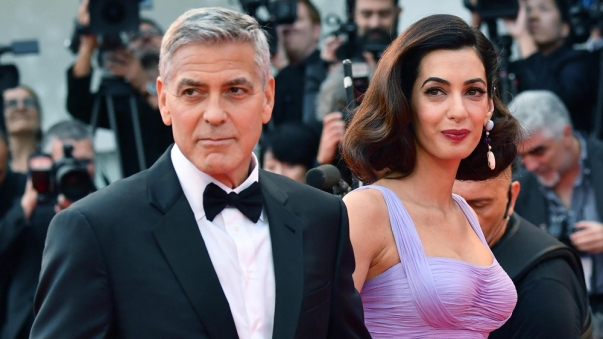 George Clooney and his wife, Amal Clooney, are donating $500,000 to students organizing nationwide marches against gun violence taking plave in March, according to Billboard.

The march was announced Sunday by five teenagers who survived last week's deadly school shooting in Parkland, Fla. In a statement, Clooney praised the students of Stoneman Douglas High School in Parkland, Florida, some who have been outspoken about gun control after a Feb. 14 mass shooting in the school left 17 dead. The 56-year-old actor added that the substantial donation was in the name of the couple's 8-month-old twins, Ella and Alexander.

“Amal and I are so inspired by the courage and eloquence of these young men and women from Stoneman Douglas High School,” George Clooney said in a statement. “Our family will be there on March 24 to stand side by side with this incredible generation of young people from all over the country, and in the name of our children Ella and Alexander, we’re donating 500,000 dollars to help pay for this groundbreaking event. Our children’s lives depend on it.”