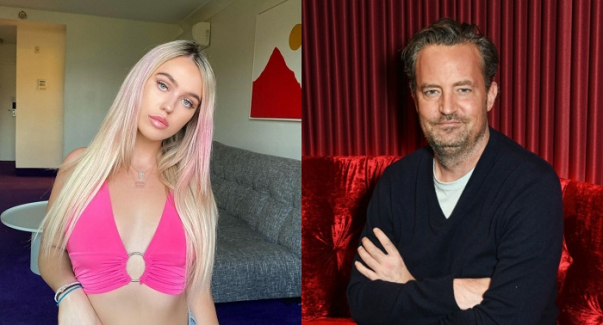 The young girl said that 51-year-old actor Matthew Perry persistently sought to communicate with her in a dating app.

Kate said the incident happened a year ago when she was only 19 years old. She was spotted with Perry on the mobile celebrity dating app Raya. After that, he immediately invited the blonde to call by video link to get to know each other better.

"A lot of people were saying I'm a bully and mean for posting this, and it made me feel kind of bad, but at the same time, I feel like a lot of guys in Hollywood are talking to all these young girls and it's something that I think a lot of people should be aware of," Haralson previously told Page Six.