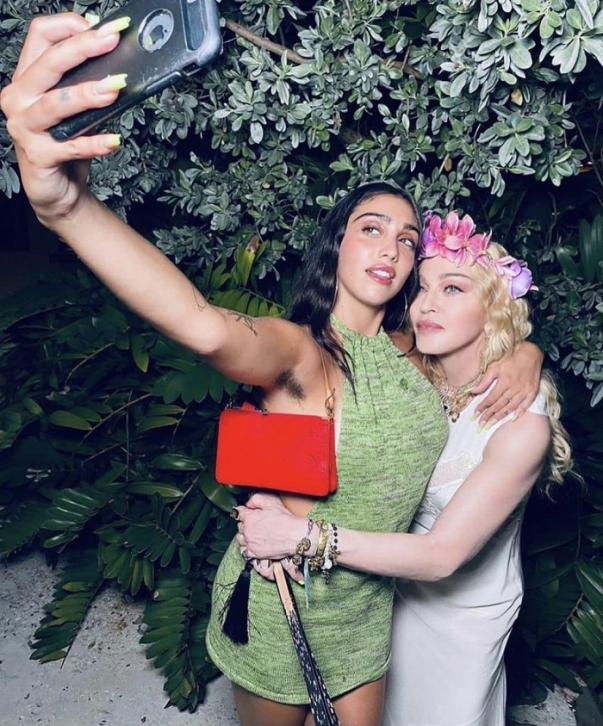 The daughter of American pop star Madonna, 24-year-old Lourdes Leon starred for advertising of the Barragan fashion brand. She shared the picture on her Instagram.

"In a series of stunning shots, the 24-year-old flashed her bum as she rocked a thong and an open-backed, purple tassel dress, along a giant tattoo depicting a stairway to heaven taking up prime real estate on her back," Metro reported.

Some of her followers noted that such photos seem to be vulgar.