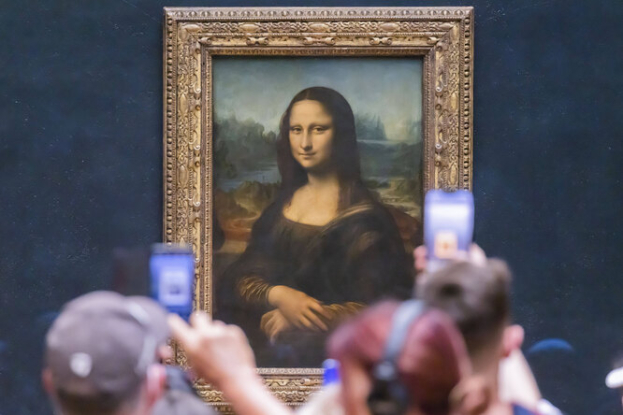 An unidentified man, who came to the museum in a wheelchair and wearing a wig, smeared cream cake all over Leonardo da Vinci's painting "Mona Lisa", which is in permanent exhibition in the Louvre in Paris, the publication G1 reported.

According to the newspaper, the man threw a cake at the famous painting, located in a large crowd.

The security of the cultural institution soon kicked out the man who threw the cake, and the employees of the museum began to clean the premises. The identity and motives of the vandal who soiled the world-famous work, is unknown.

The picture itself is not damaged, as it was protected by a crystal plate.

This attack on the "Mona Lisa" was not the first. In 2009, a tourist threw a cup in the direction of the picture, damaging the glass that protects it.