Eric Esrailian, producer of ‘The Promise’: No more Armenian blood for oil 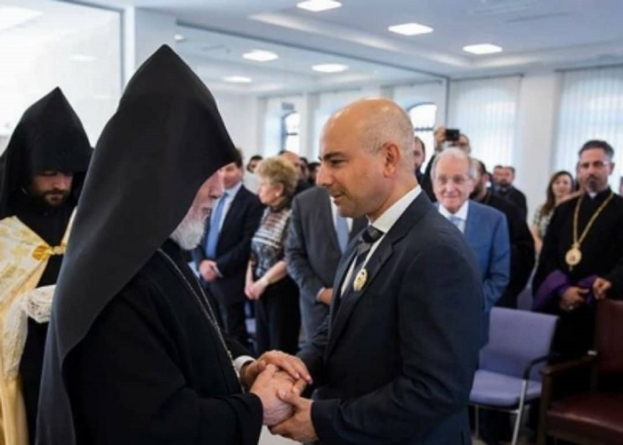 Eric Esrailian, producer of the movie "The Promise," on his Instagram page talked about Azerbaijan's military actions and attacks on Armenia's southern borders. The American-Armenian producer urged:

"Please repost and share the news! An oil-rich dictatorship with one of the worst human rights records & freedom scores on the world has ruthlessly attacked a neighboring country … it may sound familiar, but these are not the countries you are hearing about on the news. Armenians have been attacked again & Azerbaijan is being rewarded by complicity, disinformation or silence. The people are not to blame but their government controls access to information straight out of the totalitarian playbook. No more Armenian blood for oil! The first nation in the history of the world to adopt Christianity has also been a contributing source of innovation, culture, art, music, food, wine & brainpower for the world … but Armenia should not be dispensable just because it does not have oil & gas to sell. Armenians have educated you. They have fed you. You have cheered them toward championships. You have attended their concerts & played their music. They have made you laugh. You have watched them on TV & the silver screen. They have healed you. They have saved your lives. Chances are, despite being from such a small group of people, an Armenian has touched your life … Please ask yourself what you have done in return. It is not too late to help. Check out the tagged accounts to find out how. The U.S. government needs to immediately cut off taxpayer aid to Azerbaijan. We have so many needs in the U.S. & our own citizens are being neglected so that we can selectively subsidize the sinister ambitions of some human rights abusing governments while demonizing others. Do not let that continue. I know 1st hand that when it comes to government actions, there are things that will never be discussed in public forums. However, YOU can also utilize personal boycotts & sanctions. YOU have control over the payments you accept, trips you take, businesses you support, sporting events you participate in, politicians you support & donations you make. To my friends in politics, business, sports, entertainment, music, healthcare, education & beyond … it is not good enough to be friends with me … it is time to #standwitharmenia … we will have receipts this time," Esrailian wrote.