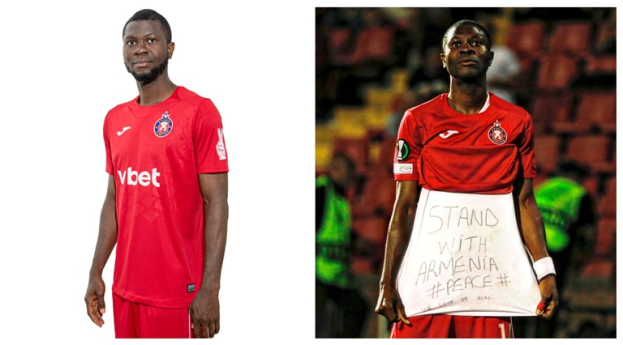 During the Pyunik vs. Slovan Bratislava match Thursday evening in the group stage of the  UEFA Europa Conference League, Nigerian striker Yusuf Otubanjo of the Armenian club expressed his support for Armenia after scoring a goal. 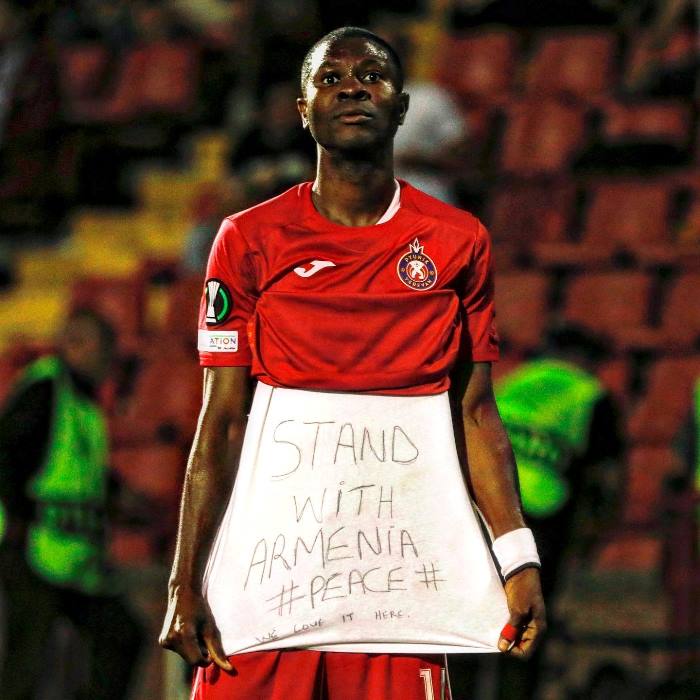 Otubanjo showed a T-shirt with the inscription, "Stand with Armenia."

The inscription also read, "We love it here."

Armenian has 105 casualties as a result of the large-scale attack by the Azerbaijani armed forces on Tuesday.