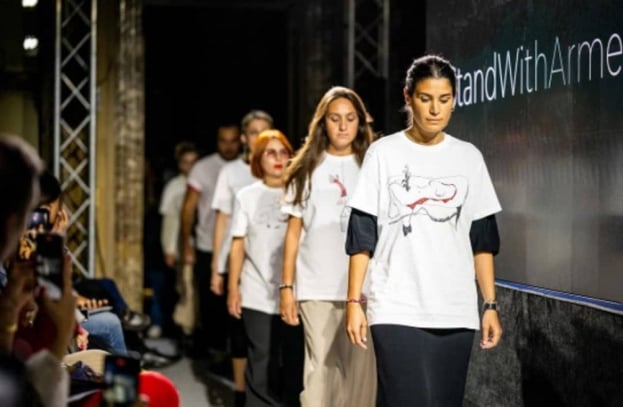 During the Emerging Talents Milan fashion show in Milan, Italy, Armenian designers called on the world to stand with Armenia and condemn Azerbaijan's recent military aggression against Armenia.

Before the start of the fashion show, the respective message appeared on the big screen.
At the end of the message, the Armenian designers, wearing T-shirts with the inscription "Stand with Armenia", stood up from the audience and went up to the catwalk. This move was applauded by the audience.

The "Fashion and Design Palace" NGO shared the respective video and photos on Instagram, recalling that on September 13, the Azerbaijani army launched an attack and invaded the sovereign territory of Armenia, as a result of which hundreds of Armenian soldiers and some civilians were killed, houses and infrastructure were shelled, and a mother of three children was killed and mutilated.