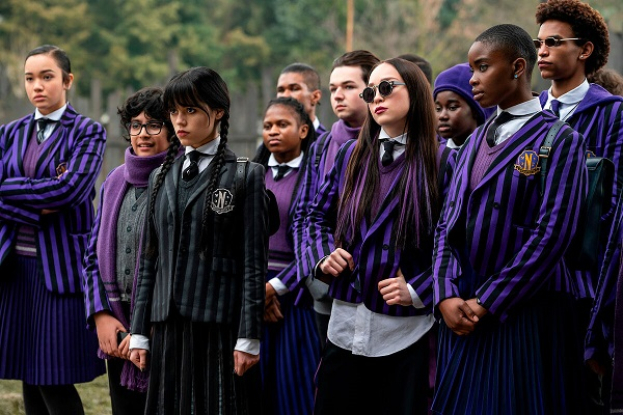 The "Wednesday" series premiered on Netflix as a spin-off to Tim Burton's "The Addams Family."

The director of the original film was personally involved in some of the episodes. Total in the series of eight episodes, each of them lasts about 45 minutes. The main roles in the project were played by Jenna Ortega (Wednesday Addams), Gwendoline Christie (Larissa Weems), Catherine Zeta-Jones (Morticia Addams), Luis Guzmán (Gomez Addams), Fred Armisen (Uncle Fester) and Christina Ricci (Marilyn Thornhill).

The series follows the teenage years of Wednesday Addams, who has just begun her training at Nevermore Academy. Not only does she have to learn how to use her psychic abilities, but she also has to unravel the mystery of mystical events going on in town that involve members of her family.