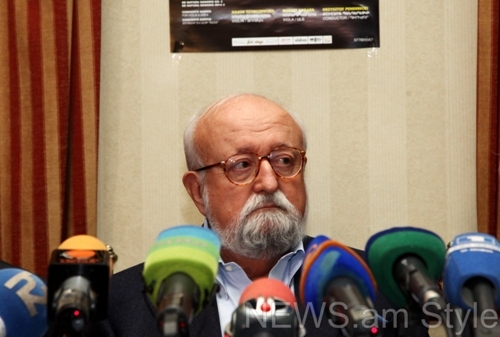 By Lilit Petrosyan YEREVAN. – In connection with the 100th anniversary of the Armenian Genocide, world-renowned Polish composer Krzysztof Penderecki, who has Armenian roots, plans to write a piece for choirs. 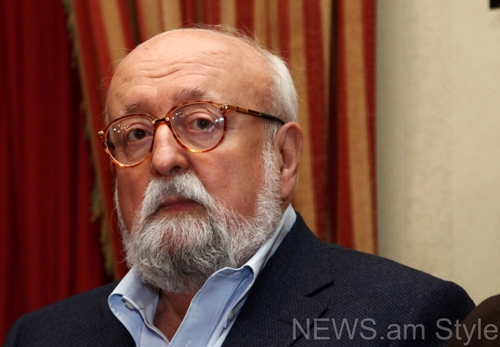 Penderecki informed the aforesaid at Monday’s press conference in Armenian capital city Yerevan.The press conference was devoted to the composer’s 80th birth anniversary concert series to be held from Monday to Thursday, and within the framework of the “Yerevan Perspectives” International Music Festival. 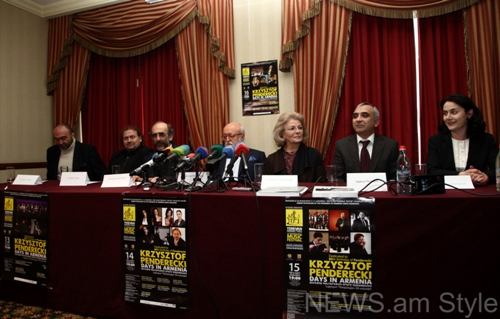 The composer added that he already has written a piece with an Armenian theme.   In Penderecki words, he is visiting Armenia for the third time, and he is very much inspired by the traditional holding of his days in the country. 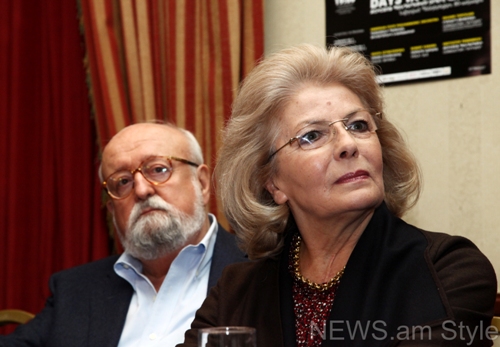 He also expressed his admiration of the Armenian musicians. In turn, the composer’s wife, Elżbieta Penderecka, who is chairwoman of the Ludwig van Beethoven Association, gave a high assessment to the Youth and Philharmonic Orchestras of Armenia.Penderecki also told reporters about his Armenian roots. In his words, his grandmother was an Armenian who had moved from Iran to Poland. 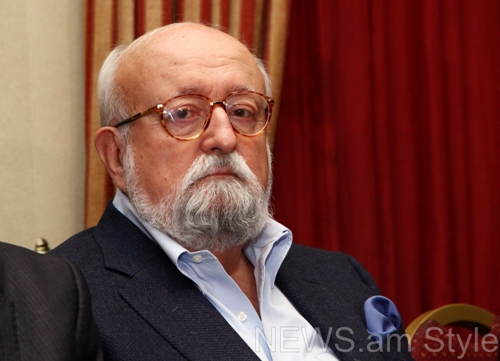 Ms. Penderecka added that they are closely linked with the Polish-Armenian community, and their daughter has Armenian eyes, which definitely will pass on from one generation to the next.