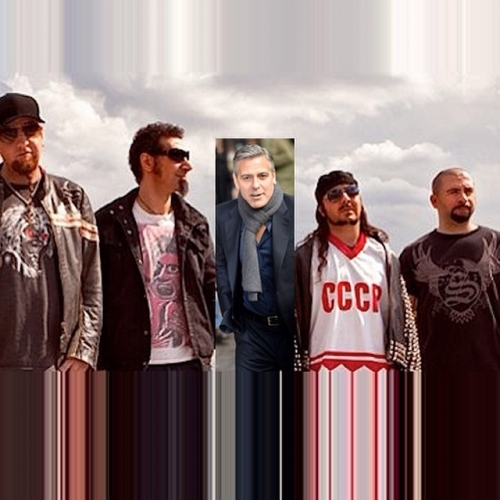 As we have already reported, world famous Sytem of a Down band will give a concert in Armenia's capital, Yerevan next year. The band's official website has stated that System of a Down will commemorate the 100th anniversary of the Armenian Genocide with their Wake Up The Souls Tour, commencing on April 10th and concluding with their first-ever performance in Armenia with a free show in Yerevan's Republic Square.

Yesterday an interesting record has appeared in the Instagram of the band's frontman Serj Tankian.

“There's a rumor that George Clooney will be coming to Armenia with us next April. This is undeniable truth.”

But the rumors of actor George Clooney joining System of A Down on the group’s upcoming “Wake Up The Souls” tour are greatly exaggerated.

The band’s frontman, Serj Tankian told Asbarez: “We have no information or knowledge about Clooney.” Obviously humorous post by Tankian on his personal Instagram account was deemed by various media outlets in Armenia as confirmation.