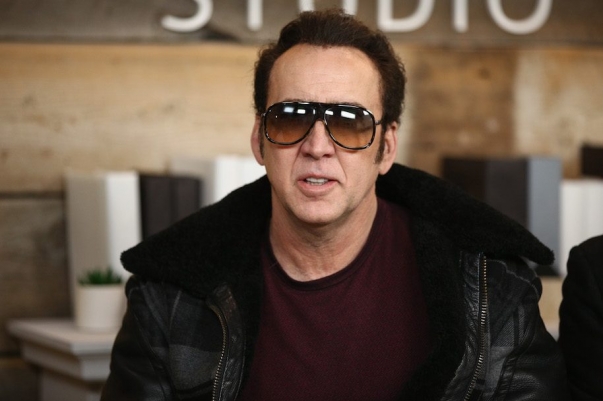 Nicolas Cage has never been shy about his Superman fandom.

The cast of Teen Titans Go! To the Movies is making dreams come true; or if not dreams, at least the potential of that long-ago failed Superman movie, Superman Lives!

Nicolas Cage will voice the role of Superman in the animated film, based on Cartoon Network’s Teen Titans Go!, reports USA Today. He joins a cast that includes rapper Lil Yachty as Green Lantern John Stewart, singer/songwriter Halsey as Wonder Woman and Kristen Bell as a famous director the Titans are trying to get to make their theatrical movie. Will Arnett, already a veteran of animated DC Comics adaptations in the role of Batman in the Lego films, will voice Robin’s nemesis, Deathstroke. And, of course, the rest of the show’s original core cast will be reprising their roles as Robin, Starfire, Cyborg, Raven and Beast Boy.