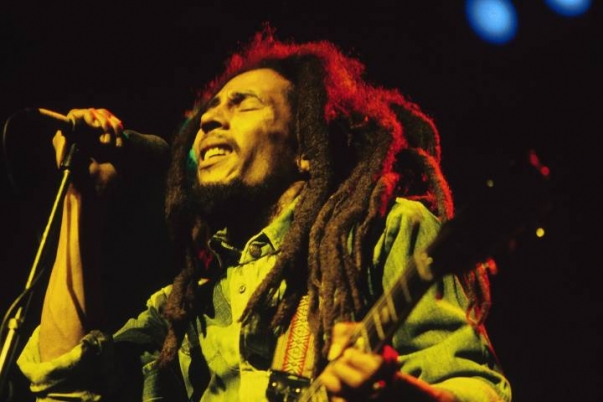 Bob Marley's eldest son, Ziggy Marley, has teamed up with Paramount Pictures to develop a biopic about his late father, credited with bringing the sound of reggae to the entire world.The movie will focus on the life story of the global music icon, according to Deadline, with no information at press time about who might portray the legendary "Get Up, Stand Up" singer or a release date.

Bob Marley, a native of Jamaica, began performing in 1963 with The Wailers then went solo in 1974. He died of cancer in 1981 at the age of 36. With songs that contained a strong sense of spirituality, he sold more than 75 million records worldwide. His notable hits included “Stir It Up,” “Get Up, Stand Up,” “Buffalo Soldier,” and “Redemption Song.”

Ziggy Marley was born in 1968 to Bob Marley and Rita Marley. He headed the group Ziggy Marley and the Melody Makers with his siblings Sharon Marley, Cedella Marley, and Stephen Marley when he was 11 years old. Ziggy Marley won best reggae album at the Grammy Awards last year and has earned seven other Grammys, including one for best children’s album for the animated children’s series “3rd & Bird.”