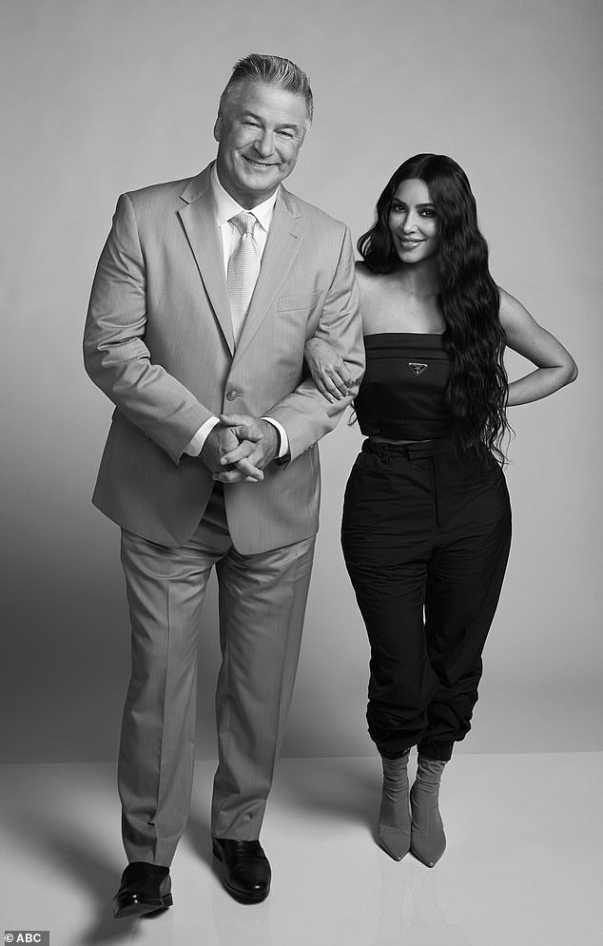 On an episode of the new program The Alec Baldwin Show, she said that before she met Kanye, her whole life revolved around being in the spotlight.

She said: 'We would get our hair and makeup done after we filmed the show. Then it was like: "I was like what is the hottest restaurant in Hollywood? Where can I go? Where can I be seen? Who is there? What are they doing? Who is there?"'

But when she met the Heartless rapper, the Keeping Up with the Kardashians star says her perspective changed and he taught her how to value her private life, as he likes to keep to himself when he isn’t working.

Kim explained to Alec: 'It started with Kanye. His work life is very public, but then when he was off, he was very private.'

Kim recalled: 'I was - everything had to be public for me back then.'

By contrast: 'Now it's, where can I go on vacation where nobody will see us? All I want is privacy. I never thought that I would be at that point.'