Famous vocalist Jamie Davis to give concert in Yerevan 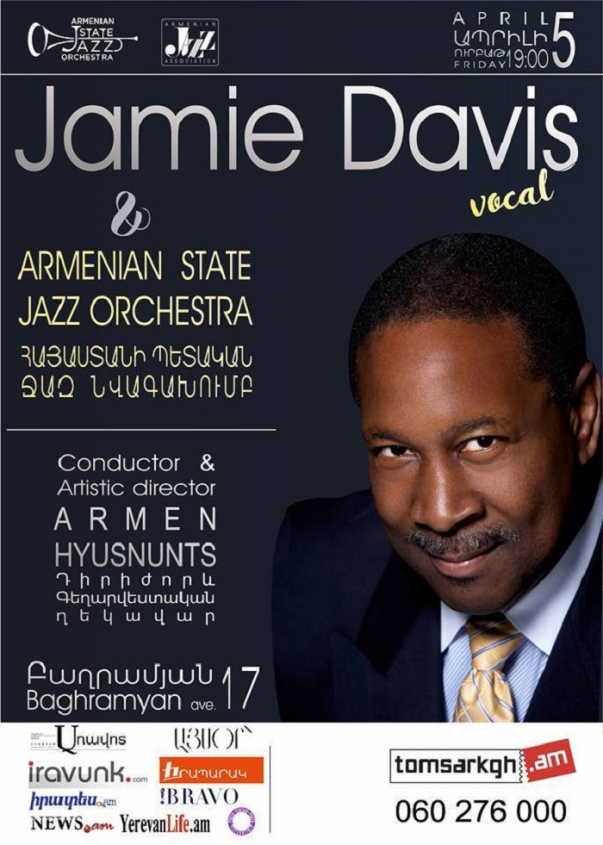 On 5 April at 19:00, Jamie Davis, one of the most famous jazz vocalists in the US, will give a concert with the Armenian State Jazz Orchestra (conductor and artistic director Armen Hyusnunts) in the hall of the building of the Union of Architects of Armenia.

The concert will feature performances of beautiful jazz songs. Born in 1949, Jamie Davis had unique vocal skills and simply had to get involved in music. At the age of 13, he formed his own jazz band. In 1975, he moved to San Francisco where he played with American stars

In 2000, he performed with The Count Basie Orchestra and became widely popular. Throughout his career, Jamie has always followed the examples of his beloved jazzmen, including Ray Charles, Otis Redding, Al Green and others. Jamie Davis’s songs feature the best jazz standards and the adaptations of pop hits for orchestras.

A combination of the classic and the innovative, modulations of blues and soul and a warm, powerful and sentimental baritone - this is why the American artist is in high demand in the US and abroad.