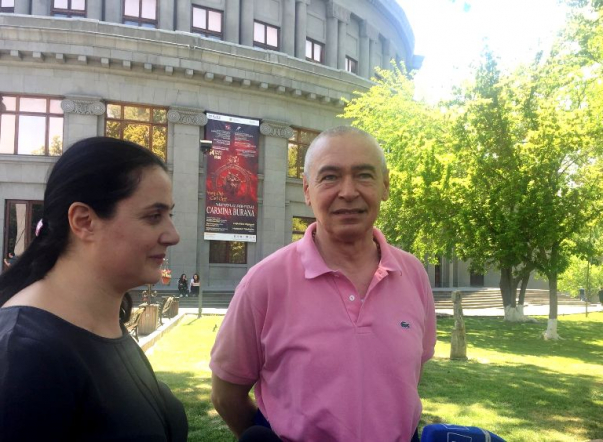 World known Croatian pianist Ivo Pogorelich is now in Yerevan. Today the pianist will perform in front of Armenian audience in Aram Khachaturyan concert hall. But before the concert the musician agreed to meet with the journalists and share his emotions about being in Yerevan.

He suggested on having the conference outdoors next to the statue of Aram Khachaturyan.

“Why to sit here indoors, when the weather is so wonderful and you have such a beautiful city”,-he said.

“It’s very nice to be here, everyone is smiling, the weather is nice. I’ll have a concert tonight, my priority is that!”,-he stated. 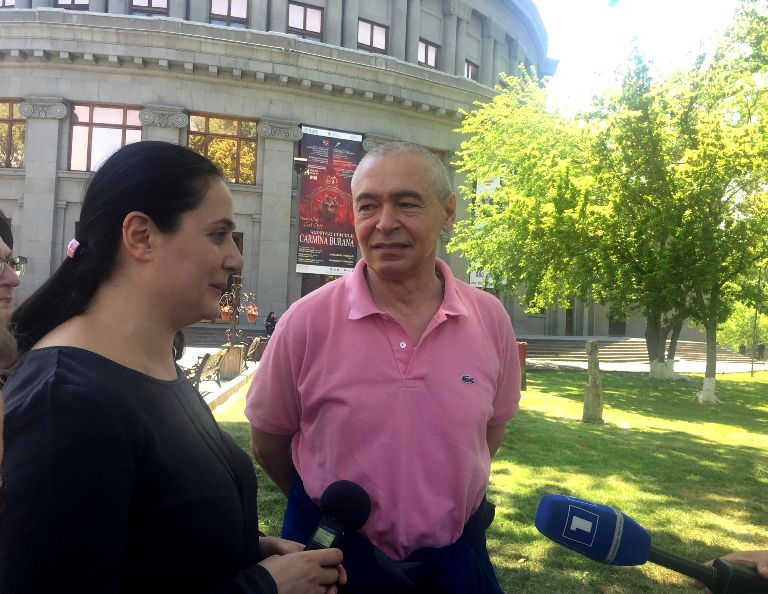 “I’m absolutely amazed about the atmosphere here. Of course, I knew that Yerevan is a very beautiful city, and it has really special locations, but the people are also very kind, they are smiling. I really have very good feelings here”.

The pianist though confessed he’s not the fun of sunny weather. Moreover, he prefers to sit in the dark and prepare for his upcoming concert.

Speaking about his inspirations and success, Pogorelich added.

“I always try to go up with my standards, otherwise everything could be so easy. You can just do something well and that’s it.” 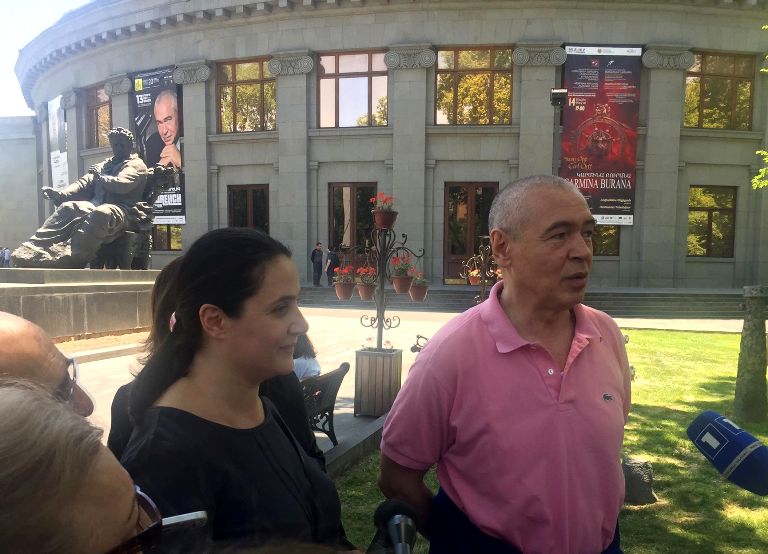 As for his priority. “I can say it in two words- military discipline”.

During today’s concert the musician won’t perform anything from Armenian composers, but he is strongly impressed by Armenian talents and very well informed about our culture and music and: while living in London he had a chance to met famous Armenian composer Alexander Harutyunyan. 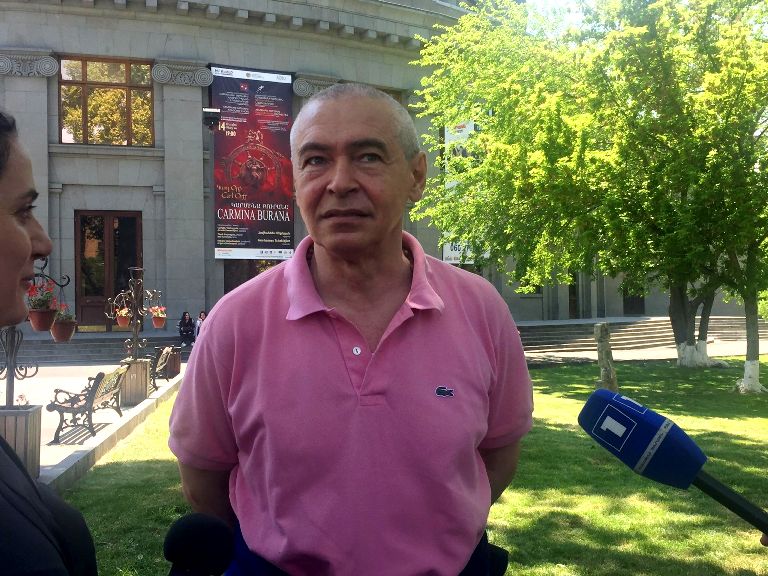 The pianist has performed in the most famous stages of the world including Vienna, Berlin, Boston, Chicago, London, New York, Los Angeles and etc.

This is going to be his first solo-concert in Yerevan.