The Week: Learning traditional barbecue in the Armenian countryside 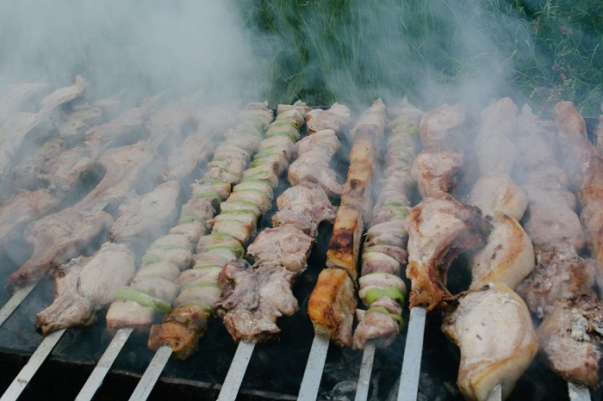 The Week has published a piece about Armenia.

"Walking among the modern high-rises and Soviet apartment blocks in Yerevan's orderly street grid, I detect hints of charred fat and wood smoke. It's an aroma I first encountered just after I crossed the border into Armenia. It saturated the minibus as we swerved through the rugged Caucasus Mountains toward the nation's capital. And it has dogged me since. 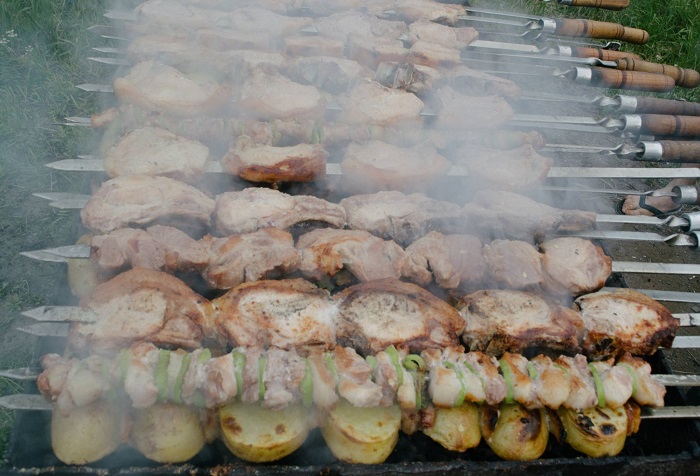 It is khorovats, the local barbecue, as heavy with tradition and culture as its counterpart in the American South. In Armenia, it's the taste of every family event — the grill, called a mangal, an expected guest itself. The ability to afford khorovats a few times a month is considered a mark of comfort. There's even a song played when the meat platter is brought into a party," author Albert Stumm noted. "Though the word means anything grilled, khorovats implies pork — chops and ribs — roasted over a fire using flat skewers called shampurs. The meat is simply seasoned: salt, pepper, chopped onions, maybe paprika and a dried local herb such as tsitron, similar to oregano. Liquid marinades are less traditional, but these days young people get more creative."

"I'm thinking about doing pomegranate and basil, but my dad says that will ruin it," says Arpine Yesayan, his guide from the Envoy Hostel in Yerevan. 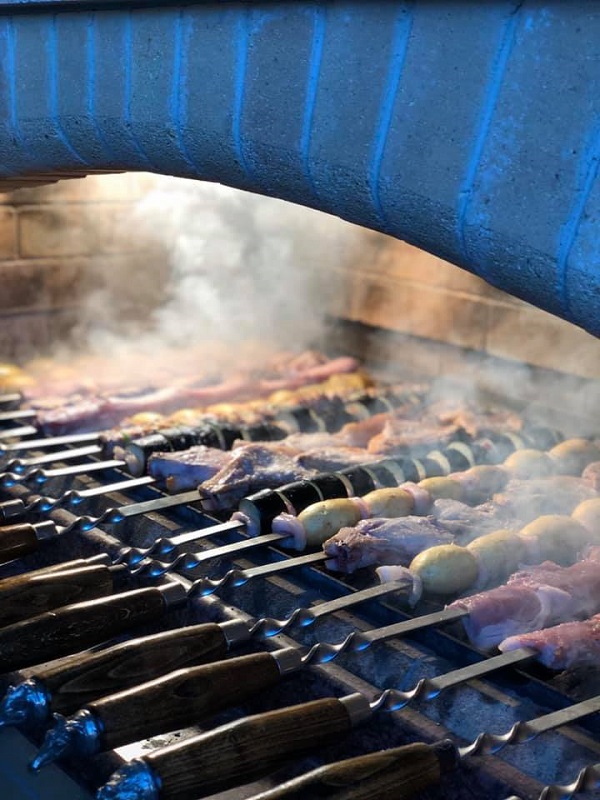 Stumm also described his experience in the village of Chinchin.

"The town is only 100 miles away, but the journey takes four hours of bumping along pot-holed roads, our ears popping as we wind through mountainous scrubland and cleared landslides. Along the way, we stop at a bakery on the shore of Lake Sevan to pick up several pounds of lavash — an ancient, ubiquitous flatbread — and a selection of layer cakes and gooey baklava."