Armenian theater to stage performance based on Madagascar 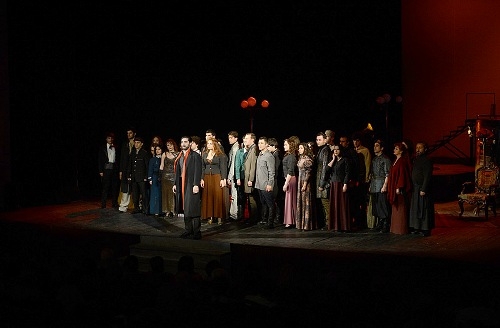 The Sundukyan State Academic Theatre of Yerevan will open a new season on September 14 with two premiers: Madagascar comedy, and Richard III, a play by William Shakespeare.

“Around 40 performances will be staged during this season,” head of theater’s public relation office Vahe Movsisyan told reporters.

The actors have just returned from a tour of Batumi, where, in addition to performances, they held meetings with local representatives of the Armenian community.