More, than 3 million views in a day and over 50 000 comments: The SOAD fans all over the world support Armenia and Artsakh 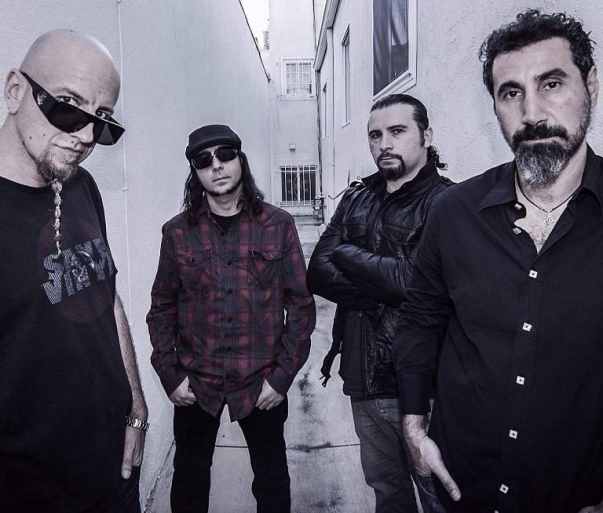 More, than 3 million views in a day and over 50 000 supportive comments from the fans all over the world, who are thrilled by System of a Down’s “comeback” and the new songs the rock band has released a day before. Although the fans are surprised, they write, that the war in Artsakh, which has become the main cause of the band’s reunion, melts their hearts. A lot of users have already followed the SOAD’s request to buy the songs for raising fund in a support of Armenia and Artsakh. Everyone can get the songs from systemofadown.bandcamp.com and do their donations.

The band’s new songs- “Protect The Land” and “Genocidal Hunanoidz”- have interested also the international media. The Rolling Stone, for example, writes about the reason, which has reunited the band members, mentioning the conflict started in Armenia by Azerbaijan:

“It took a war for System of a Down to record new music. After seeing the country of Azerbaijan start a conflict with Armenia in September, the musicians, who are all of Armenian descent, rushed into the studio to record two new songs, “Protect the Land” and “Genocidal Humanoidz,” to draw attention to the crisis in their ancestral homeland”, mentions the website.

Another website, Variety.com, writes: “That conflict is again the focus of a new statement from System’s four members, which collectively details how the band’s new music is intended to address “a dire and serious war being perpetrated upon our cultural homelands of Artsakh and Armenia.”

To support individuals with “crucial and desperately needed aid” as well as basic supplies, System of a Down is pledging all royalties earned from sales of their latest songs (each available for a minimum suggested donation of $1) will be given to the US-based charity organization Armenia Fund, which assists those in need in Artsakh and Armenia with basic survival supplies”.

The SOAD’s fans all over the world have already started their donations for Armenia and Artsakh. They mention about it in the comments under the music video of “Protect The Land” asking the other fans to follow the same.

“I think a lot of the older fans know, that these guys are incredibly passionate about their nationality. I find it a very important part of their music. Although I’m quite happy to hear them creating music again under System of a Down name, I’m humbled by their reason behind it. Without the old SOAD songs, I would have never known about their country’s history”, writes one of the fans. The other says: “My husband and I will be donating everything possible every payday to help out! I absolutely love SOAD with all my heart as I grew up listening to you guys from as early as I can remember, and though I was excited to be hearing your new music, my heart is breaking as to the fact that this is happening. I thank you guys for opening my eyes more as to what’s happening as I didn’t know nearly as much as I should have about what’s going on, so I can open other people’s eyes and spread awareness and let people know what’s happening…”. 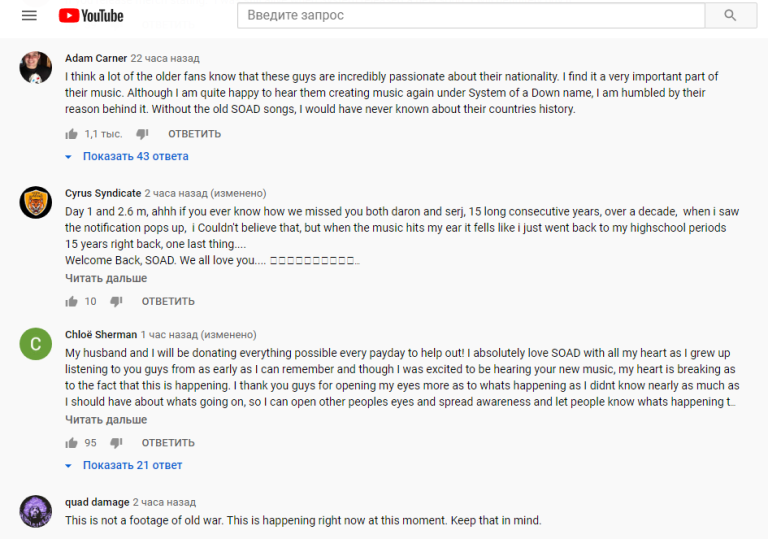 “I actually had no idea that this was going on in the world and I do watch the news quite often daily in the Netherlands, but this is not raised as often as it should. Reading the background story really made me sad and I wanted to do something, even though it’s small. I donated and I really hope more people will follow”, mentions another fan.

The rest just support the band and the Armenians in this difficult times with their comments: “Free Artsakh”, “Sending love to Armenia”, “I will donate” and many more. 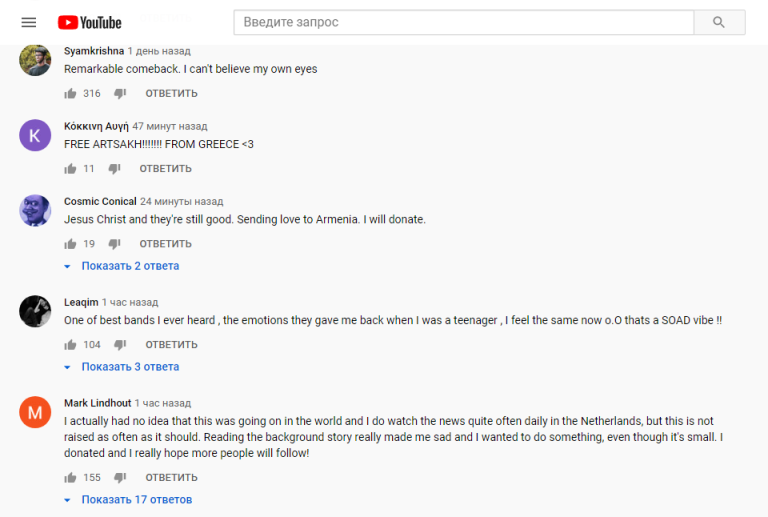 As for the second song by the band-Genocidal Humanoidz, it has about 2 million views in a day with more than 14 000 comments.

“SOAD is here once again, when the world needs it the most. The song is amazing. So unexpected!, mention the fans.