Brian May: Armenia is again threatened by conspiracy to wipe it from face of Earth 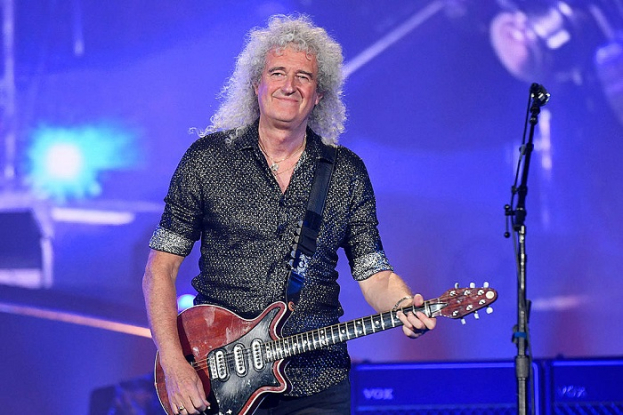 Brian May, the guitarist of the legendary band Queen, has shared on Instagram the announcement made by famous American Armenian rock band System Of a Down to support Armenia amid the latest Azerbaijani military aggression.

“Hi Folks. I’m breaking my silence here because another tragedy seems to be unfolding, and there is a danger, as always these days, that the media will not report it truthfully. Armenia is a tiny country, lacking any oil or gas or substantial wealth, an island of Christianity and democracy surrounded on all sides by despotic dictatorships. It is one of the most peaceful countries in the world, with a profound embedded sadness because of its tragic history - during the first World War 1.2 million Armenians were murdered by the Ottoman Empire, in a brutal ethnic cleansing operation still denied by Turkey. Today Armenia is again threatened, by a conspiracy to wipe it from the face of the Earth. Just two days ago, peaceful villages on the Armenian border were shelled by Azerbaijan in an offensive to terrorise and destabilise the Armenian people. Against an unholy alliance of three ruthless dictatorships, Armenia is all but defenceless, and needs the full support of the West to survive. Please READ this panel from System of a Down, Armenia’s greatest rock group. I recently had the honour of performing in Armenia with their singer, the brilliant Serj Tankian. The world needs to know this situation - please re-post to counter the misinformation which is being poured out by Azerbaijan and its allies, to pretend that Armenian is an aggressor, just as Russia has tried to make the innocent and hideously violated Ukrainians look like aggressors. In a world dominated by lies, we must all speak up for truth and justice,” May wrote alongside this post.

At 12:05am on September 13, the Azerbaijani armed forces started to fire intensively, from artillery and large-caliber firearms, at the Armenian combat positions along the border; they used UAVs as well. The adversary attacked both military and civilian objects in Armenia, and carried out positional advancement in some directions.

According to the Armenian MOD, as of 8pm on September 14, the fire virtually stopped.

As of September 17, the Armenian side has 135 confirmed casualties as a result of this military aggression by Azerbaijan.