I went to the premiere: Life goes on 'Black Panther: Wakanda Forever' (NO SPOILERS) 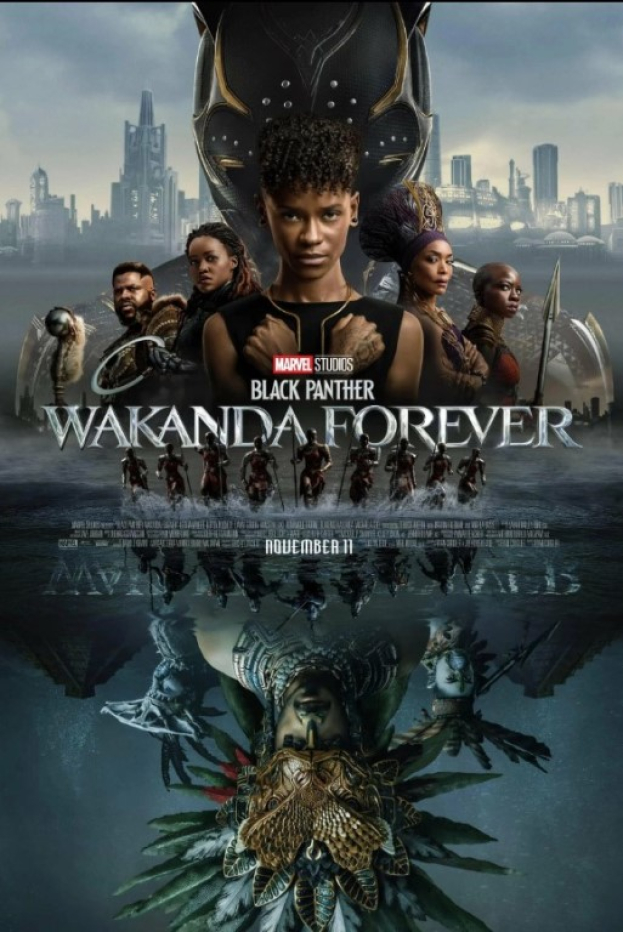 The people of Wakanda fight to protect their home from intervening world powers as they mourn the death of King T'Challa.

The first film "Black Panther" became a box office hit with collections of over a billion dollars. In this connection, the continuation was a matter of time.

However, the plans were prevented by the tragic death of the main actor Chadwick Bozeman. He died of cancer, which he hid from everyone and thus "framed" the studio.

Did the authors of this tape manage to correctly "resolve the situation" and create a sequel without its main character?

Let's figure it out.

The creators of the picture are already at the very start of playing up the current situation, paying tribute to the actor, who was one of the key characters in the film universe.

The main leitmotif of the tape was the pain of loss experienced by all the acting main characters of the picture.

Shuri is the main character, and the viewer watches how the changing reality changes the heroine as well. How Shuri becomes more mature and firmer, considering the whole burden of responsibility that has fallen on the shoulders of the young princess.

Letitia Wright was able to show the metamorphosis of her heroine. Wright perfectly demonstrates the "5 stages of acceptance" (Denial, bargaining, anger, depression, and acceptance).

Bassett perfectly shows the two personalities of his heroine. As a queen, she must be strong for the good of her country, which is under pressure from the world community with claims.

As a mother, she mourns the loss of her son (her husband also died recently) and wants to protect her only daughter from all the world's troubles.

The problem is that these two personalities and their responsibilities cannot coexist harmoniously in one person.

The film reveals the background of the people of Talakan and King Namor as much as possible, at least as far as the timing allowed. Talakan and Namor himself are not full-fledged antagonists. They, like Wakanda, pursue their goal - the protection and integrity of borders.

Namor is very difficult to call a villain in the classical sense. He sees himself as the hero of his history and the savior of his people, which made him a deep and interesting character.

As for Riri Williams ("Iron Heart" performed by Dominique Thorne). The plot doesn't need this character at all. If you remove it and give a slightly different twist to the plot, then little will change. She was pushed into this movie only because the studio plans to launch her solo series in the future and hopes that she will be able to replace the character of Robert Downey (Marvel's worst idea).

Technically, the film is good, the costumes and scenery are worthy of the highest praise, the music is very harmonious and memorable, and the practical effects are fascinating.

How can it be without cons? The special effects are just terrible, the costumes of "Panther" and "Iron Heart" are greetings to the "Power Rangers" from the early 90s.

It is worth admitting that, within the framework of the current situation, director Ryan Coogler proved himself well and made a quite decent film that can hook with the successfully shown transformation of Shuri from a minor character to a primary one, as well as a good drama, acting, and entourage.