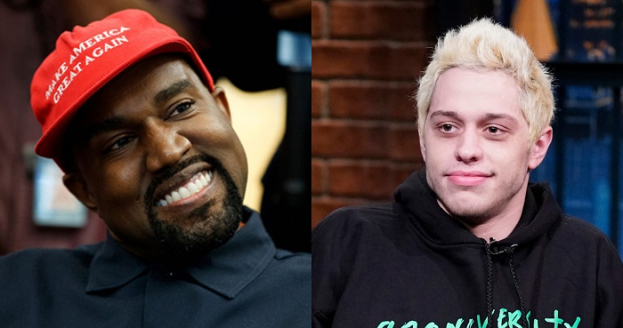 Kanye West (Ye) is allegedly telling friends Pete Davidson's suffering with AIDS, and while the rumor's gotten back to Pete, people close to Ye are denying it, TMZ reported.

Sources close to Davidson confirm what DJ Akademiks claimed earlier this week, "Kanye's been telling everybody within earshot" that Pete has AIDS.

Kanye's claim has made for a few awkward phone calls between Pete and mutual friends he has with Kanye—who are confused and disturbed by the childish behavior.

TMZ’s sources say Kanye's brutal diss track, where he raps, "God saved me from the crash, just so I can beat Pete Davidson's ass," didn't come as much of a surprise to friends of either man, as he's been known to take shots in song.

But, those close to Pete are disturbed by the fact Kanye would allegedly use such a serious health issue to try and lash out at Pete.

However, one source close to Ye said the allegation he's spreading the rumor is "nonsense."

Kanye's made no secret of the fact he wanted to get back with Kim Kardashian, as recently as December he said as much during his concert at the L.A. Coliseum.

So, while everyone knows he's not thrilled about Pete dating his estranged wife, the AIDS rumor would be taking this to a new level—one that has folks close to Pete very concerned.