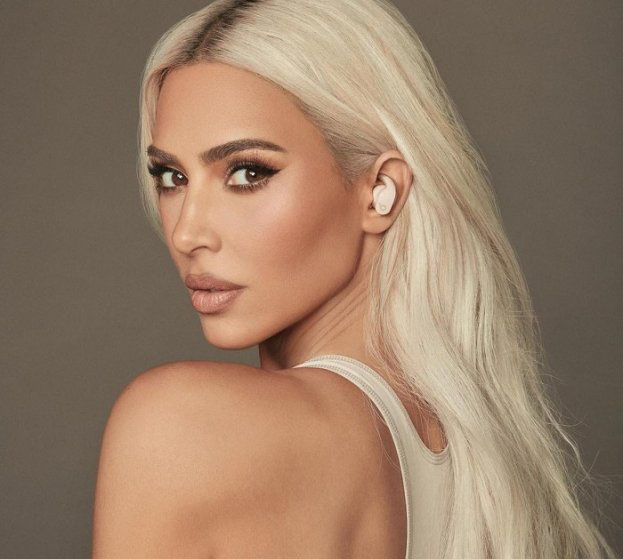 Kim Kardashian is often accused of abusing photoshop: this time, photographer Caroline Ross caught the American TV star in a bad retouching on the advertising photos of headphones by Beats brand. The specialist shared the relevant video in her TikTok-account.

A network user with the nickname caroline in the city drew attention to earlier Instagram pictures of the entrepreneur posing in a pool. In her video, Ross stated that the celebrity had applied photoshop to these shots. "Kim K is notorious for Photoshopping out her traps,' Caroline, who goes by Caroline In The City on TikTok, alleged. 'Why? I don't know, maybe it makes her neck look smaller. But this area right here has been Photoshopped out," the photographer noted.

Thus, when enlarging the photo one can see that the smoothness of the pool water is strongly distorted because of retouching. In addition, the blogger clearly demonstrated how Kardashian's neck looked before it was edited.
This is not the first time Kim Kardashian has been accused of using retouching in a photo. In July, paparazzi captured the celebrity on the beach in the company of her six-year-old son Saint. In the pictures, the businesswoman posed in a bikini, the top of which was a sports-style top in blue. At the same time, readers of the Daily Mail criticized the figure of a television star and noted that she looks unnatural.