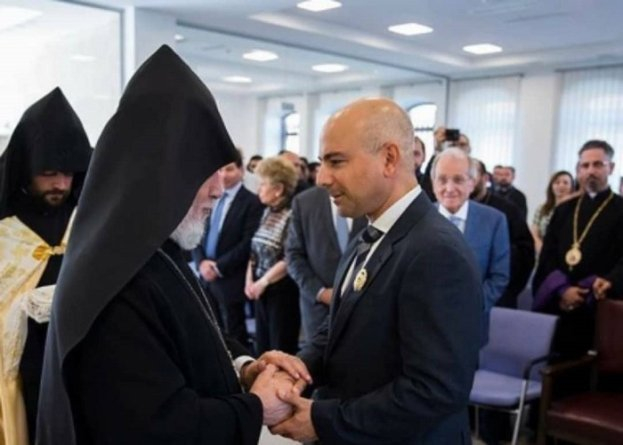 Eric Esrailian, producer of 'The Promise', posted on his Instagram page about canceling his subscription to The New York Times.

Esrailian said it was necessary for the New York Times. He is sure his one subscription will go unnoticed, but the newspaper's sharp language in its coverage of Nancy Pelosi and her visit is embarrassing. Esrailian noted that the newspaper should not have allowed Carlotta Gall, who is sympathetic to human rights violating dictatorships, to comment on any material related to Armenia. One of the world's most influential leaders and his team in Congress visited Armenia and spoke about the "illegal and deadly Azerbaijani attack" as well as the history of the Armenian Genocide. Since Gall is still a participant in presenting the barbaric massacres against Armenians as something natural, Esrailian said it's time to cancel his subscription.

Earlier, the producer had published a piece about the ongoing fighting on the southeastern border of Armenia.
On September 13 from 12:05 a.m. the Azerbaijani armed forces opened fire in the direction of Vardenis, Sotk, Artanish, Ishkhanasar, Goris and Kapan in the direction of the Armenian positions.

According to the information of the Armenian Defense Ministry the fire was ceased on September 14 at 8pm.
At the moment 207 dead and missing are known.