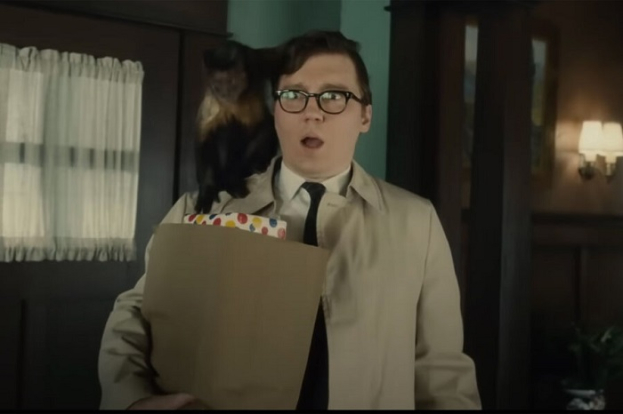 The animal rights organization PETA appealed to the creator of the autobiography "The Fabelmans" Steven Spielberg and demanded to cut scenes involving a monkey shortly after the release of the trailer. The appeal is published on their website.

PETA attributed the request to the fact that monkey actors are often mistreated by their trainers. They are also separated from their families at an early age.

"Steven Spielberg was imaginative enough to create a lovable alien in 1982 and followed that up with herds of realistic computer-generated dinosaurs in the 1990s, so what's his excuse for dragging a real monkey onto a film set in 2022? His mother might have 'needed a laugh,' but PETA's not laughing-and neither should anyone else who cares about animals," the activists said.

They called the scene from the film shown "This monkey scene is an endorsement of the cruel animal-training industry and an advertisement for the seedy wildlife 'pet' trade," asking Spielberg to cut the footage.

The published trailer for "The Fabelmans," about a boy named Sammy discovering the world of filmmaking, features a scene with a monkey. The animal climbs up the chandelier, sits on the back of the protagonist's sister, and grabs his father's hat. When asked by the man why Sammy's mother took the monkey home, the latter replies: "Because I need a laugh!".