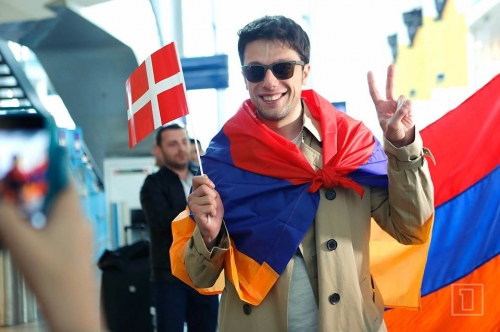 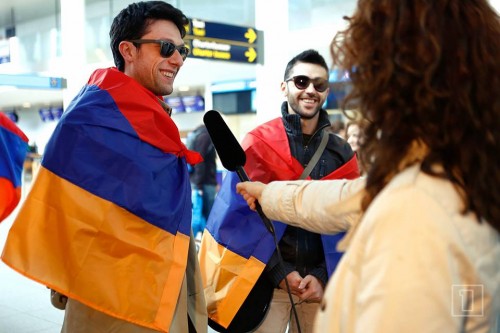 Denmark’s DR television crew were at the airport, and they were waiting for famous Armenian showman, comedian, and singer Aram MP3 (Aram Sargsyan), who will represent Armenia at the event, and with his song “Not Alone.” 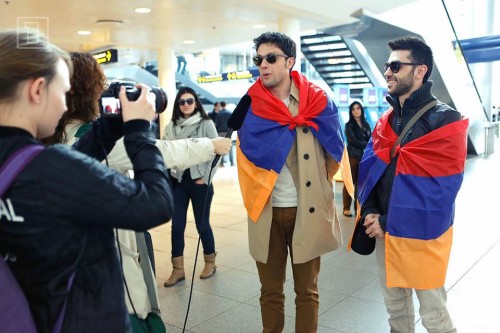 The Danish-Armenian community representatives also had come to the airport to welcome Aram. 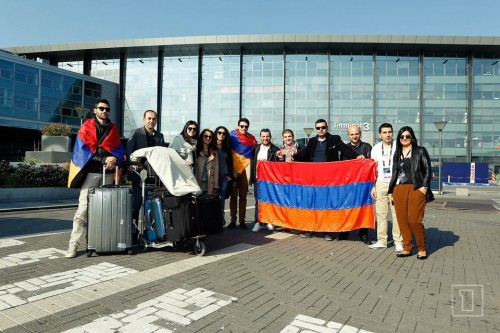 Aram MP3’s first rehearsal will take place on Monday and, subsequently, he will meet with members of the local and international media. 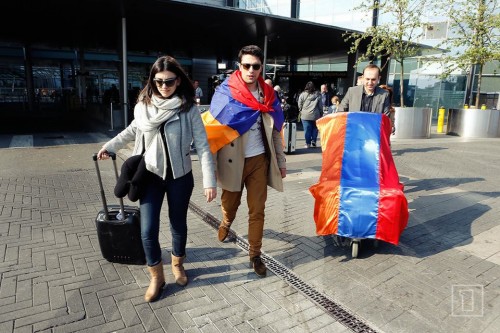 The two semifinals of the Eurovision 2014 Song Contest will take place on May 6 and 8, and the final will be held on May 10. Armenia will compete in the first semifinal, and Aram MP3 will be the first to perform on that night.