Eurovision 2014: Aram MP3, we have never been so close to victory as today – French-Armenian community 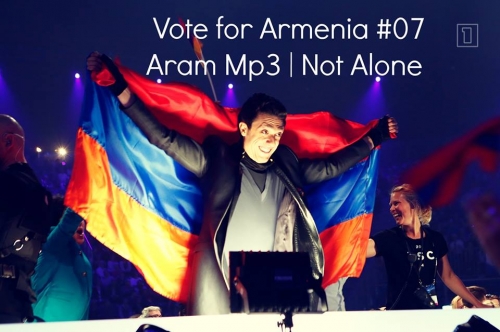 The Eurovision 2014 Song Contest Grand Final will take place on Saturday in the Danish capital city of Copenhagen. And famous Armenian showman, comedian, and singer Aram MP3 (Aram Sargsyan), who represents Armenia at the event, and with his song “Not Alone,” will perform in seventh place at the event.

The Grand Final will kick off at 11pm Armenia time, and it will be broadcast live on Public Television of Armenia. The Armenian community of Toulouse, France, has expressed its support to Armenia’s contestant.

“Dear Aram, we look forward to your performance at the final tonight. We have never been so close to victory as today. We’ve been waiting for this victory for six years.

“We need this victory on the threshold of the centennial of the [Armenian] Genocide. Your success, our success will show to the entire world that, despite what happened to us at the turn of the 20th century, we exist just like before and are developing our culture.

“Aram, they know you as a very positive and talented person. Make the most of your talent tonight, since you are the pride of our nation. You have to show the feelings and the soul of the Armenians. “Tonight we will root for you alone; we are with you; YOU ARE NOT ALONE!” the French-Armenian community representatives said, in particular, in a talk with NEWS.am STYLE.