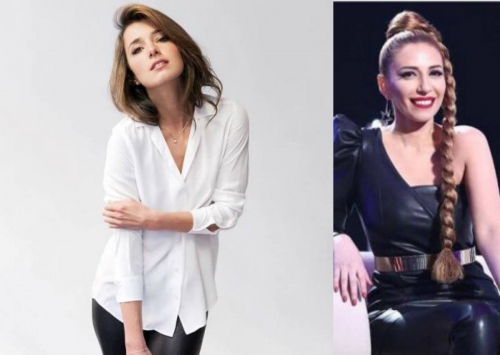 On March 18, the Armenian fans of Eurovision finally listened to the song Fly With Me, with which our participant Artsvik will represent during Eurovision Song Contest.

The song received a lot of comments: both positive and negative ones.

NEWS.am STYLE has recently talked with famous singer and musician, Tamar Kaprelian, who represented with the group «Genealogy» in Eurovision-2015.

«I think Artsvik has the most beautiful voice. It is dynamic, clean, full of emotion»,-says Tamar, according to whom our song is very unique.

«Definitely it takes a risk because it does not have the structure of a traditional pop song. And doesn't have a traditional chorus».

The singer thinks that besides the beautiful song we also need a strong performance.

«I've listened to all the other entries of this year. I think if she can deliver a strong performance, she'll make it into the top 5 for the final»,-thinks the singer.

Fly With Me was written by Avet Barseghyan and Davit Tserunyan, the music is by Levon and Lilith Navasardyans. The song is about a girl who embodies Love.

Eurovision-2017 will take place in . Artsvik will perform during the first semi final of the contest, on May 9.