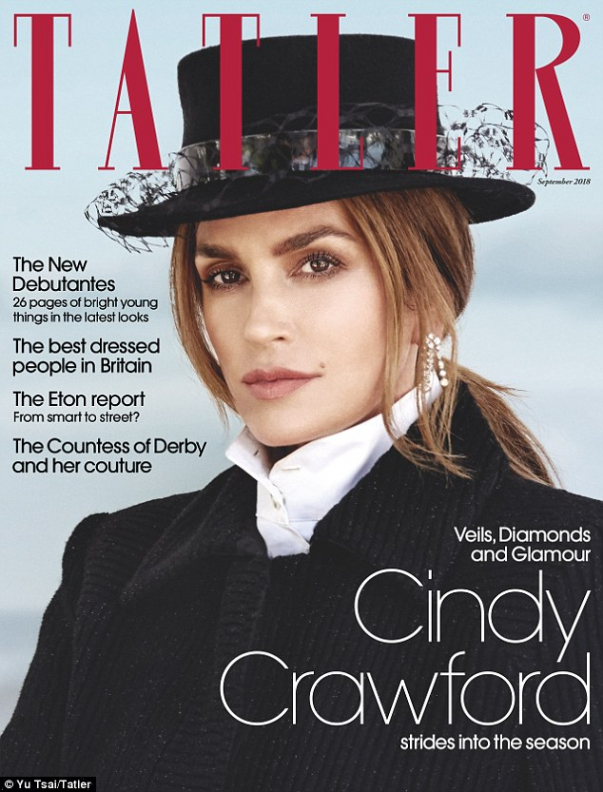 The mother-of-two graces the cover in an equestrian-inspired ensemble by Chanel,  oozing sophistication in a crisp white shirt, tailored black jacket and top hat with lace detailing. The sleek look is finished with a pair of diamond earrings. 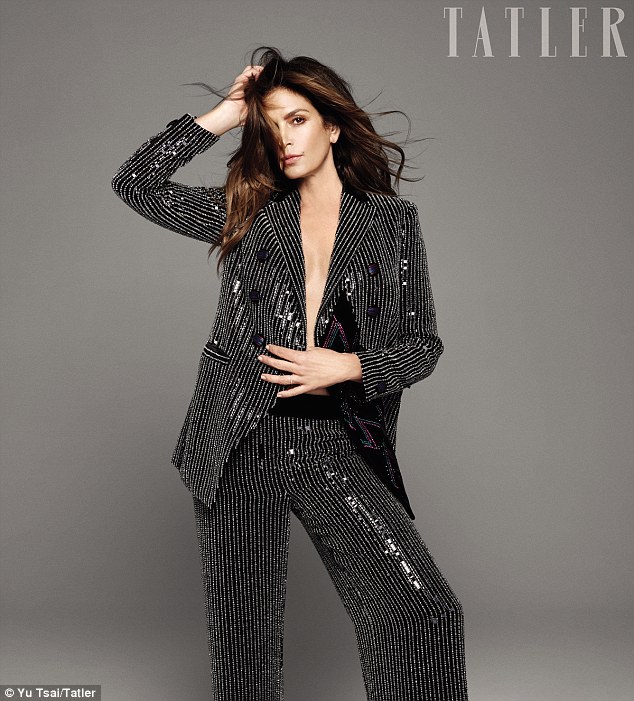 The cover promises: 'Veils, Diamonds and Glamour, Cindy Crawford strides into the season.'

Images from the accompanying spread, released on the Tatler Instagram account yesterday, show Cindy smouldering in front of the camera as she models a second, more elaborate hat.

In another image the model dazzles in a glittering disco suit, its jacket buttons undone to reveal her bare toned midriff beneath. 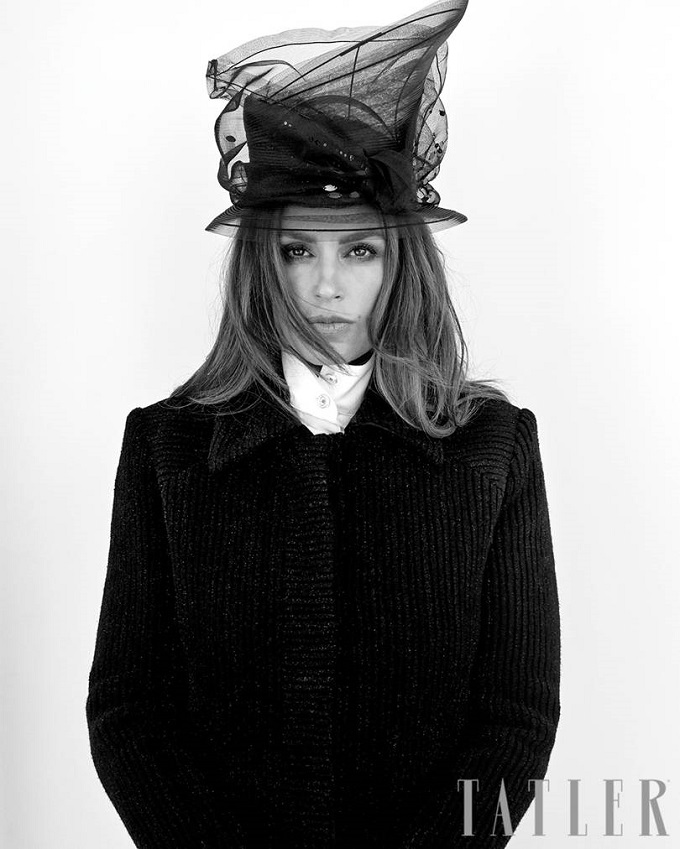 Cindy is the latest in a string of celebrity powerhouse cover stars, following Anais Gallagher and Nicole Kidman.

The supermodel last appeared on the cover of Tatler when she fronted their 2012 fashion issue. She has previously appeared in the magazine in 1995 and 2005.

Unveiling the issue yesterday, Tatler said: 'Who better to front our fashion-packed September issue than the world’s most famous supermodel Cindy Crawford?

'Shot in Cindy’s adopted home of Los Angeles, there were veils, there were hats, and there was a whole lot of glamour courtesy of Chanel, Oscar de la Renta and Armani, amongst others.'