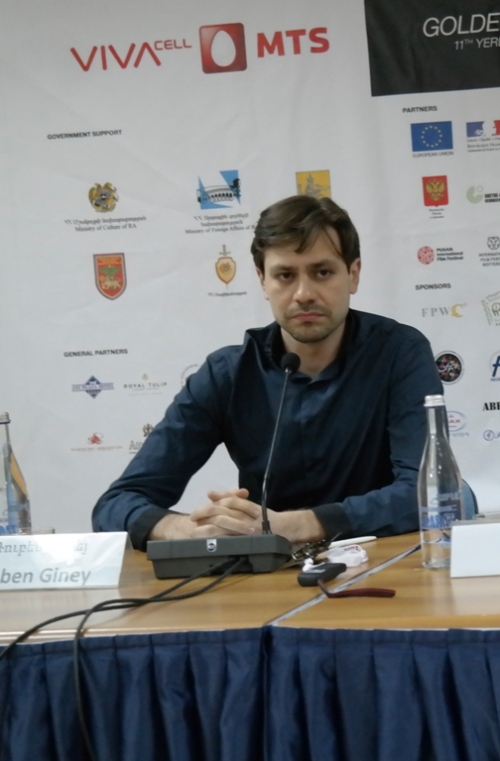 By Shushan ShatikyanYEREVAN. – At a press conference on Wednesday, Shanghai-based Armenian filmmaker Ruben Giney spoke about his documentary to be screened at the 11th Golden Apricot Yerevan International Film Festival (GAIFF), which is underway in Armenia’s capital city.

The film is titled Andin [Beyond]: Armenian Journey Chronicles, and it tells the story of the Armenians’ attempt to link the East with the West. Giney informed that he came up with the idea of shooting this documentary when he had seen ancient Armenian coins in a Chinese museum.

The filmmaker added that over the course of the approximately three-year-long shooting of the film, its crew traveled 80,000 kilometers, and a crew member had died of an epidemic.

In Ruben Giney’s words, the film’s Mexican composer has fallen so much in love with Armenian culture that he plans to come to Armenia and learn to play the duduk. Incidentally, this Mexican musician plays duduk in the documentary’s soundtrack.