Eurovision 2018: Armenia will compete during the first semi-final

Just a couple of minutes ago the Eurovision 2018 draw took place due to which it was decided at which semi-finals the countries will compete. 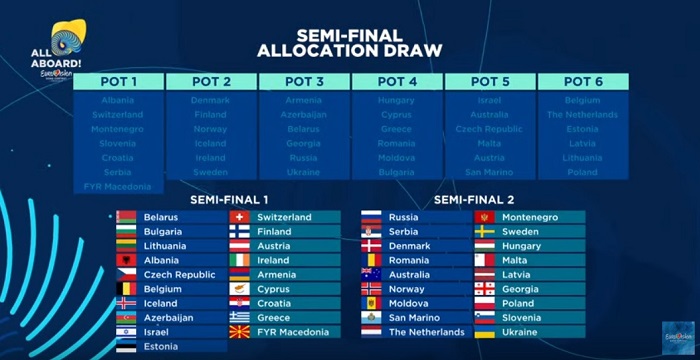 The previous winning country (Portugal) and the countries of Eurovision big five (Spain, France, United Kingdom, Germany and Italy) will automatically pass to the final.