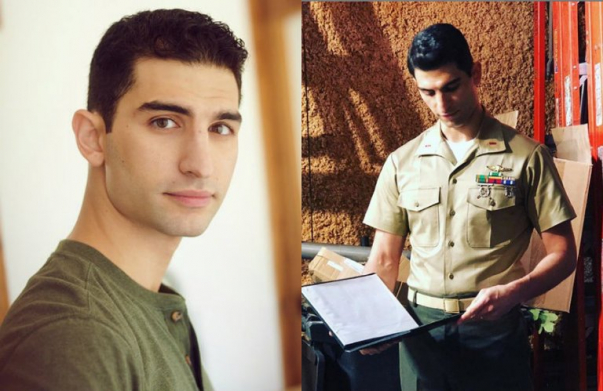 Armenian-American actor Raffi Barsoumian, who is more famous among Armenian fans with his character in the leading TV series The Vampire Diaries, is now starring on CBS TV series The Code by Craig Sweeny and Craig Turk. The actor is playing the warrant officer Rami Ahmadi, who is one of the leading characters of the Military themed TV show. The show was aired on April 9, 2019 and has so far released 12 episodes.

NEWS.am STYLE has always followed the success of Armenians living abroad, and here we have a new interview with Raffi Barsoumian. Read his details on his character, the TV series and his plans of visiting Armenia.

Raffi, congratulations on having new part in the American TV series The Code. And of course, it's very interеsting to know how did you get your part?

Thanks Syune! Yes I’m having fun playing a new character on an American Military themed television show. Initially I went in to meet and audition for the director of the show and later auditioned for the show’s creator and one of its producers. I think I auditioned about three separate times and finally landed the role.

Officer Rami Ahmadi is one of the leading characters. How it is to embody him? Sometimes the actors do some research on character before working on them. Did you have something like that?

The show takes place in a very specific world. Warrant Officer Rami Ahmadi is a Marine who works in the Judge Advocate Corps. The team he works alongside are all active duty Marines as well as experts on the laws governing the Marine Corps. So, I was doing a lot of reading to understand first how the Marine Corps functions and the path my character would have taken to achieve the rank of Warrant Officer. Simultaneously I was trying to grasp as best as possible how legal matters are handled in the Marine Corps, which is quite different than how the law is applied to civilian matters. Luckily we have had access to actual Marines, who understand these worlds very well and I was able to go to them for advice, direction, and better understanding. 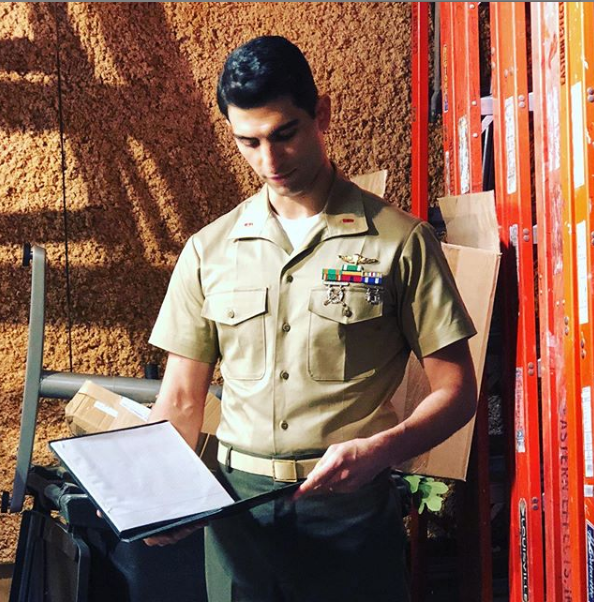 The latest famous TV series with your participation was The Vampire Diaries, and that was a fantasy story. Which genre you prefer more? Which character was more interesting to embody?

I think every genre has something interesting and challenging to it, so I can’t say which I prefer more. As a viewer I certainly enjoy watching all sorts of different genres, so long as the story is told in an interesting way and tries to be truthful. I’ve really been enjoying playing Rami Ahmadi this past year. I found the opportunity there to create someone who is unapologetically exacting – a perfectionist who strives very earnestly to be of use. I think there is something lovable as well as humorous about that kind of person. 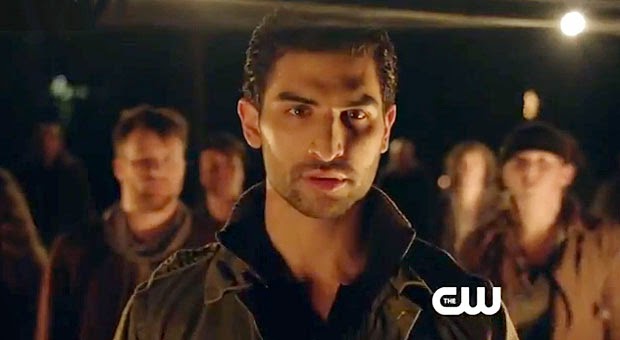 Can you speak about your co-partners? How it is to work with them and who are you closer with?

The other actors on the show are truly wonderful. All terrific performers, but more importantly really lovely people to be around. Dana Delany is beloved here for her long career in American film and TV - it is a particular pleasure to get to work with and learn from her. But all five of the series leads are kind, hilarious, hard working actors with extensive resumes in television, film, and theater. When you are around such pros, going to work become a sincere pleasure and I’m loving the chance to explore this unique world with them.

What do you think, will The Code also become one of the leading American TV series, like TVD was?

That’s the big question! I certainly hope so. Right now, I’m simply enjoying being a part of something brand new. We are creating a show from scratch and as an actor you don’t always get to be with something from the beginning. I’m glad I get to help bring this one to life and I certainly hope we’ll reach enough people to grow it into a favorite among audiences. 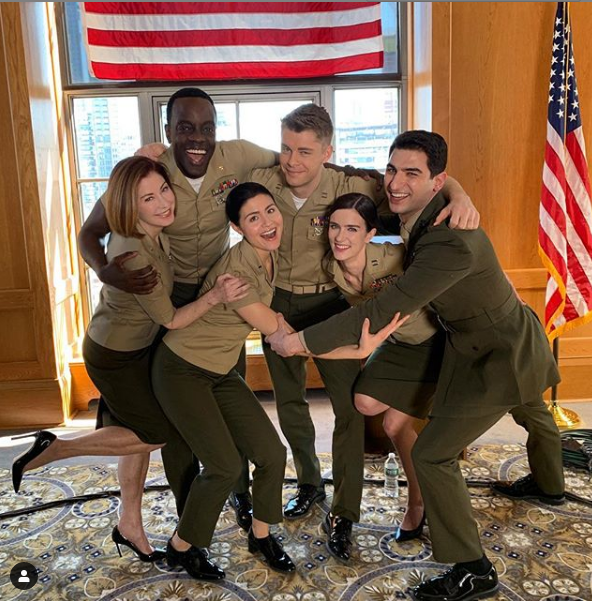 What attracted you most of all about that story, that you decided to take part in it?

I’ve always found the world of the military fascinating. It’s such a specific culture full of its rituals, rites of passage, and codes of conduct. It’s history is immense and endlessly fascinating. I also think it’s a particular privilege to attempt to walk in the shoes of those who actually take it on themselves to serve their country. We are only pretending and can never truly know what it’s like, but to try to develop an understanding of that commitment and the real challenges that an individual faces to keep it, is so rich and full of drama. I find it a worthy effort to try to empathize - to confront in our artist’s way the contradictions of morality in scenarios of conflict - and then to attempt to tell those stories with dignity and respect for such a grand undertaking. 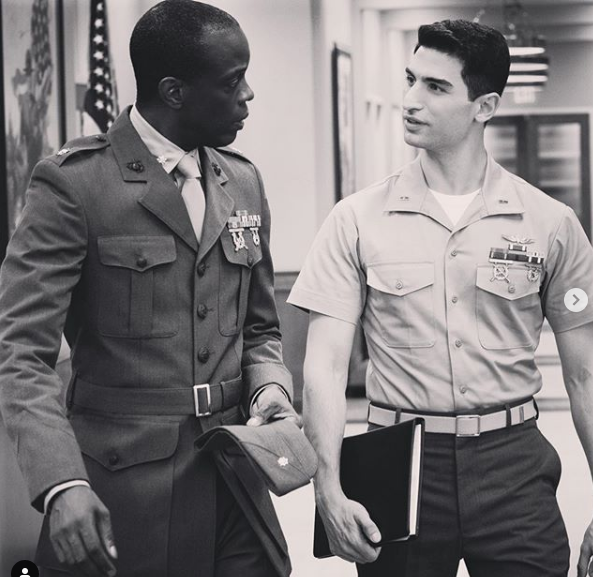 Are you still engaged in theatre? What new performances have you done so far?

I always and will always return to the theater. Live performance is magic and keeps you sharp as a performer. It contains challenges unlike any other arena and I always look for opportunities to work on plays. The last production I worked on was just before we went into shooting for the Code. I did a production of Shakespeare’s Henry IV parts I and II for the Shakespeare Center of Los Angeles in the roles of Hotspur and Pistol. It was a terrific production lead by Tom Hanks in the role of Falstaff.

Are the shootings still on the process? How many seasons The Code will have?

We finished filming about a month before the first episodes began to air. So far we have done one season with twelve episodes. Hopefully we’ll be hearing about future seasons soon! 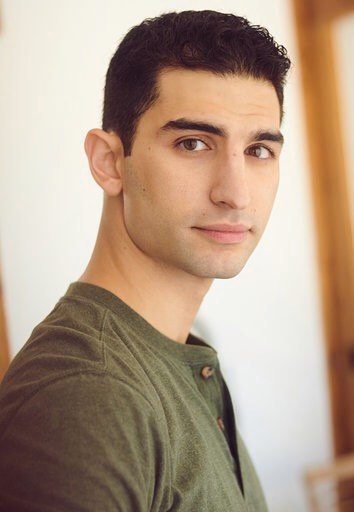 Our latest interview was about 3 years ago, if I’m not mistaken, and you were mentioning about your desire to come to Armenia. Have you realized it?:)

I am so sad to say, I STILL haven’t had a chance to return to Armenia. My visit in 2005 remains my last and only trip to the country. I’ve heard it has changed so much in the last 14 years and I was following the Velvet Revolution closely. It seems like an exciting time to return and I am very anxious to make the trip soon.

Raffi, have you watched any Armenian TV series?

I can’t say that I have watched much Armenian television. Over the years I’ve seen the sketches of Haiko and Mko on their show which I think was called Karqin Kaset. I really loved watching those two – such incredible performers. What else would you suggest I check out?